The Ultimate Guide to Living in Brussels, Belgium

Share
Tweet
Save
Already an expat with a helpful tip or story to share?
write for us!
Iulia Dumitrescu
for those interested in

I moved to Belgium 2 years ago to start my first paid job, excited and so eager to live in a different country and get to know a new culture.

My internship was in Brussels, the capital of Belgium and the capital of the European Union capital as well, so the city was promising in terms of a great international experience and a big expat community, which I have to tell you, it did not disappoint (at least before COVID happened).

I'll detail below everything you need to know before moving there and how you can do it, too.

How to find a job in Belgium

Now of course this depends on the background and the level of the job you are looking for, but for a young person at the beginning of their career, like I was, who is looking for an internship (paid enough to live in the city), Brussels is the place, being the nest of so many international organizations and big companies.

In my case, I found an internship through an internship platform for young people to find internships anywhere in the world. Once I applied on their platform, the entire process to get the job only took 3 weeks (screening, skype interview and signing the contract).

The platform through which I found my job works with multiple companies and startups in the country (it is not limited to Brussels, although of course the capital offers more opportunities), and has a range of jobs in many many fields, but since they are internships, you can expect mainly entry level jobs with an entry level salary. In my case, my internship was as a sales assistant for a software company.

The perks I had by moving abroad for an internship in Brussels:

Living in Brussels as an expat

Brussels is the European Capital of the continent. It is as international as it can get in Europe. Even the country itself has 3 official languages (Flemish - a dutch dialect, French and German) and being the EU capital, English is also spoken everywhere in the city.

For me Belgium has proven to be such a peculiar mix of cultures confined in one rather tiny country. The north part of the country is known as Flanders (the Flemish part where people natively speak Dutch and the cities will remind you of Netherlands) and Wallonia in the south (the French part of the country) where of course you will hear everyone speaking francais. The German part is a very small community, and this one does not influence the culture as much as the forever split of French/Dutch disputes, customs, history.

Now getting to the capital: Brussels, situated in Flanders (Dutch) but part of Wallonia (French). Also split. The city is divided into 19 districts (known as communes). And remember this split, because when you will move here you will see that each commune has different rules for… well, everything. From how we recycle our garbage, to parking rules, and to, of course, expats registration and living rules.

Now they don't differ a lot, but you will need to research your specific commune, since there is no general rule for Brussels as a city.

Where to live and how to find an apartment in Brussels

People come and go in this city for internships constantly, so finding a place is not cumbersome. My first go to are Facebook groups, which are highly used in Brussels for renting. Beware though, because of the high influx of people moving here, there is also a high rate of scams through Facebook, so the only advice is to not sign anything virtually before you get there to see the place yourself and can make the choice.

For trustworthy websites that function well and that I also used in my search I recommend Immoweb and Spot A Home (this one is mainly for short term rentals).

Here are a few more tips to finding a great apartment in Brussels:

Although it is a very international country and you will meet people from all over the world, visa regulations are complex for non-Europeans, and Belgium is a country with a lot of bureaucracy.

‍Did you know that this year, Belgium broke its own world record for the longest time without a standing government in function, it took 591 days to form the government body, compared to their own record from 2012 when it took them 541 days. Why do I mention this? Because in a country with 3 governments (Flemish, French and German) and a capital with 19 communes, public affairs take time, and can go wrong.

When it comes to your legal status in Belgium, there are some important points to remember:

How we got you settled. Let's get out to explore!

Brussels is very well connected and you can get anywhere by metro, tram or bus and Google Maps are always accurate with their routes and times. A single ticket is valid for an entire hour, even if you change the vehicle, while a monthly pass for all the 3 ways of public transportation in the city is 49EUR per month.

And now is the time to remember how the country is split in the two regions, Flanders and Wallonia. It is important to remember that the main city of Brussels is covered by a transportation company functioning in the capital: STIB, while if you look for buses in the nearby cities on the Flemish side you have another company named Delijn and on the French side another company called TEC. You would need different tickets/monthly subscriptions for each of them. But if you live and work in the city center, you only need your STIB card.

For travelling to other cities, the train is the winner. It is easy, fast, usually on time, and there are multiple train stations in the city. Also you should definitely check the Belgium Rail company: SNCB, because they usually offer weekend discounts, half price tickets for people under 26 or group deals.

Now that we are done with the boring part of it, let's finally have some fun!
‍

Best areas in Brussels to have some fun

The expat neighbourhood and the commune that attracts most internationals is Ixelles. With a lot of shared flats to find cool roommates, plenty of bars and cafes to socialize (when they will open again). I recommend to start your search for a place starting here and expanding to neighbouring communes.

Ixelles is not just a great location where you find everything you need nearby, this area maintains that old European architecture style and cobbled streets. It's also surrounded all over by immense parks for outdoor activities.

Then of course I HAVE to mention the European District. Not only the home of the impressive European Institution buildings (European Union has over 60 separate institutions and most of them function from Brussels, all located in the same neighbourhood, including European Commision, the European Parliament and the European Council).

These institutions also attract annually the biggest number of trainees in the city, so a must do is to spend your Thursday nights in Place du Luxembourg, a roundabout in front of the Parliament surrounded by bars and terraces where people hangout after work and party, sometimes until late.

Besides this, I think the city offers something for anyone, no matter how diverse their interests.

When it comes to what food you must try, there are the 3 holy Belgian inventions that you HAVE to try.

Here are the not to miss foods in Belgium:

I have lived in Brussels for more than 2 years and I tried to create a guide that is detailed but also offers a good start to organize your move. Looking back now at how I learned about all these things, there are some crucial details I wish I knew before taking this decision.

3 Things I wish I knew before I moved to Belgium

Cheers to your next adventure and your life abroad in Belgium! 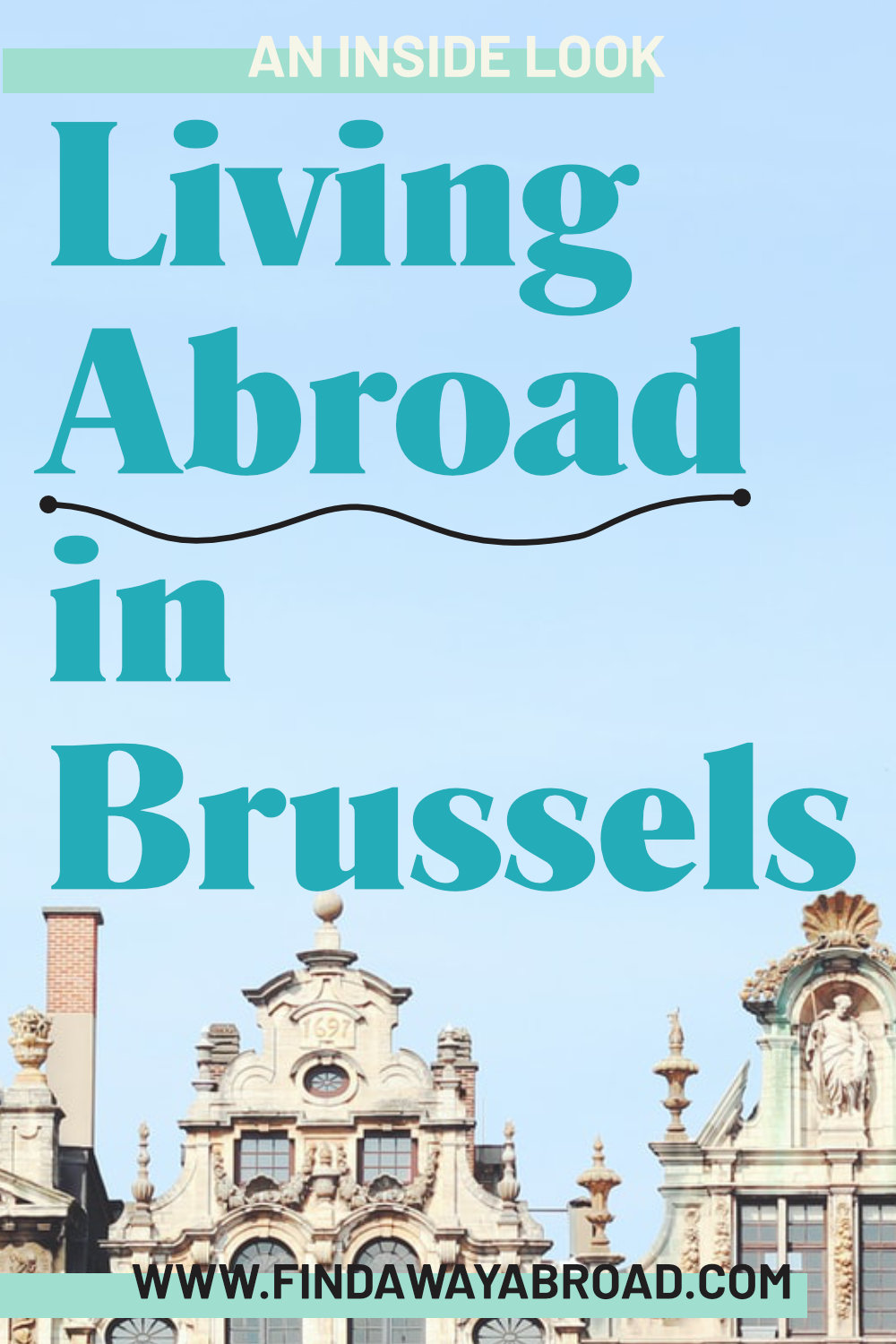 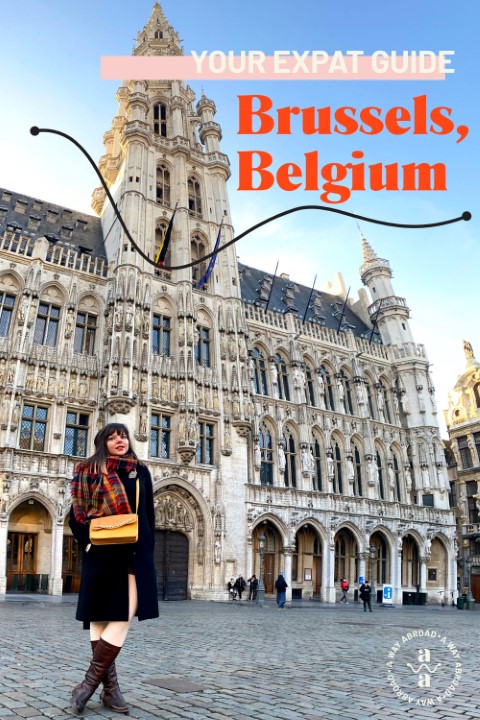