An Expat's Guide to Living in Barcelona

Share
Tweet
Save
Already an expat with a helpful tip or story to share?
write for us!
Sydney Paduveris
for those interested in

My name is Sydney Paduveris and I am an expat in España. I just finished college this past summer and knew that I immediately wanted to start traveling. So I looked into my options and decided to move to Barcelona as an au pair.

I am 22 years old and from California in the USA. I have been living abroad in Barcelona, Spain for 3 months. I love it here so much, it’s truly amazing. I feel as if I’ve met more people in the past three months than I did my entire time at college but even with all of these amazing experiences, there are plenty of things I wish I knew before I moved to Barcelona.

Why I Chose Barcelona

That seems to be the question I get the most from people. Well, I was supposed to study abroad here back in 2020, but we all know that Coronavirus had different plans. While moving to Barcelona didn't work out the way I originally planned, my desire to move here didn't lessen any, so I had to find a new route to move to this excellent city.

I have always wanted to learn Spanish and get to Europe in general. While I considered moving to Madrid, I had only heard great things about Barcelona, especially since it is a very international city with the beach, city, and mountains.

I figured it would be a great pick for me as a first move outside of the States. And I can indeed say it has been a great choice!

Since I am an au pair, I live about 40 minutes outside of the city by train. It is not bad at all & I honestly prefer living in a place surrounded by nature, rather than in the city center.

However, in actual Barcelona, there are a handful of neighborhoods that my friends and other expats I have met tend to flock to are.

Best Places to Live in Barcelona

The most common neighborhoods for expats to live in are:

Personally, I would choose to live in either Gràcia or El Born. These two areas are so adorable and also great for young adults, as they predominately have younger populations.

Worst Places to Live in Barcelona

When looking for places to live in Barcelona, be sure to steer clear of:

The apartments there are very cute and cheap, but the area itself has a bad reputation at night. Nothing violent happens here, but it is known for petty crimes. Most of my friends that stayed around here were told not to leave at night if they did not want their things stolen.

Personally, I don't think the cheap prices are worth the added safety issue. Enjoy visiting during the day but be vigilant with your belongings and instead choose a different neighborhood to call home.

The Need to Speak Spanish

This is a trick concern because the primary language in Barcelona is actually Catalan. When coming to Barcelona, I thought Catalan was only a dialect of Spanish, but I've come to find out it is it’s own language.

Living in Barcelona is not the best place to learn Spanish due to this reason and also because of the huge international population here. Whenever I go into restaurants trying to speak Spanish, people speak to me in English almost instantly. It is nice knowing you can get by without knowing Spanish, but if you do want to learn you have to try a little harder.

While learning Spanish was an initial goal of mine when deciding to move to Spain, choosing to live in Barcelona has made that goal a lot tougher to achieve.

Although, I definitely think that living in a town outside of Barcelona where most people do not speak English, has helped me the most. Additionally, enrolling at language schools to learn Spanish is a great option.

The more you can do to take yourself out of your comfort zone and put yourself in situations where English will not be the common language is the best you can do for yourself to learn a foreign language. By making small, daily choices that have forced me to practice has really helped me learn Spanish more than had I just stuck around the expat areas of the city.

In my experience so far, it has been very easy to make friends and meet people in Barcelona. This is because Barcelona has a huge international community, so it is very easy to meet people like you. However, I have not made any Spanish friends yet, only expats, unfortunately! But I am hoping that will change soon.

The best ways to meet people in Barcelona are as follows:

On Meet Up you can find any event your interested in, from hiking, to language exchanges, to cooking, art, yoga, Meet Up has everything. It is nerve-racking going alone, but it’s important to remember that everyone there is looking to make friends, too.

As mentioned, Facebook groups are also a great option. Nearly every big city around the world, Barcelona included, has a Facebook group for expats in the given area. There are also sometimes women only groups that I've found to be hugely supportive.

Luckily for us in Barcelona, you can also search for groups with whatever your interested in. Many people post stating they just moved to the city and want to make friends. This is how I have met the most people, as I comment on people’s pictures and then we message about meeting up. It’s been a really great way to make friends!

Barcelona is known for being a nightlife city.

The most popular nightclubs I have heard of are:

Just be careful when going out, as many people get their phones stolen when out.

Best Things To do Barcelona

Now that you've decided to move to Barcelona, you'll soon realize that there's no shortage of fantastic things to do in the city to keep you busy. Whether you're working online, teaching English, or working as an au pair like me, you're still going to want a life outside of work. Lucky for you, that's easy to do in Barcelona!

Head to Barceloneta Beach and join a volleyball, spikeball, picnic, or skate Meet Up. Or even just walk along the coast, it is always so relaxing. There are also two outdoor gyms along Barceloneta, so if you are into exercising definitely check them out.

Here you can work out in front of the ocean and I mean, what better gym could you ask for?

Viewing the inside of this magical unfinished piece by Gaudí is breathtaking. It is quite pricey at about €26, but it is so worth it.

If you want good photo ops of the outside of La Sagrada Familia, go to the park across from it and snap some shots there.

Pro Trip: After visiting La Sagrada Familia, head to the terrace at the top of Ayre Hotel. You have to make a reservation, I typically make one a couple of days in advance, but it is breathtaking up there.

Although I don't recommend living in this neighborhood, definitely check this beautiful area out. The architecture is so gorgeous. Try to steer clear of this area during night time though, as it’s known for petty crime.

My favorite area here is Plaç Real, it’s a great area to grab a coffee and admire the square.

Visiting all the Gaudí houses like Casa Mila and Casa Batlló. Gaudi's work is remarkable, so stopping by his buildings is a must see while here.

A Few Other Notable Things to Do in Barcelona

What I Wish Before Moving to Barcelona

One of the biggest things for me that all blog posts I read neglected to tell me, is that the visa process is very frustrating. For me I am not here with a program, so I had to do everything myself.

For example, I am an au pair living in Barcelona on a student visa, which requires me to study ~20 hours a week. Once arriving in Spain, you are supposed to make an appointment to begin your TIE (residency card) process within the first month. This is only if you are staying longer than 6 months and live outside of the EU. I assumed the process would be very easy, but it came with quite a bit of challenges.

For starters, before you make a TIE appointment, you need an empadrimiento, which is essentially a document signed by your landlord indicating you have a place to stay for the entirety of your visa. As an au pair, it was easy for me to obtain this, as I live with my host family.

However, many of my friends have had landlords that would not sign their papers. So, before choosing a place to live, make sure to ask your landlord if they will sign your empadrimiento.

Secondly, to begin your TIE process you need an appointment.

Additionally, it is said you have to get your TIE card within the first month, but if the process is delayed because the lack of appointments, you can prologue the process and get it done any time before the date on your visa expires.

If you still don’t have any luck, you can do what I did and pay a lawyer for an appointment. It is technically frowned upon, but this is the only way many expats can get an appointment. The lawyers do not help with paperwork or anything, but they do get you an appointment almost immediately. If you find a lawyer, don’t pay more than €30. Many will try to charge you more, but €30 is all it should cost.

At the appointment, you should be able to secure your TIE to finish up the visa process allowing you to continue living the dream in Barcelona!

Moving to Barcelona has been the best decision I have ever made. You can never run out of things to do, people to meet, places to go, food to try, and nightlife. Anyways, I hope you enjoyed this piece and found it helpful!

And hey, if you end up moving to Barcelona, reach out! 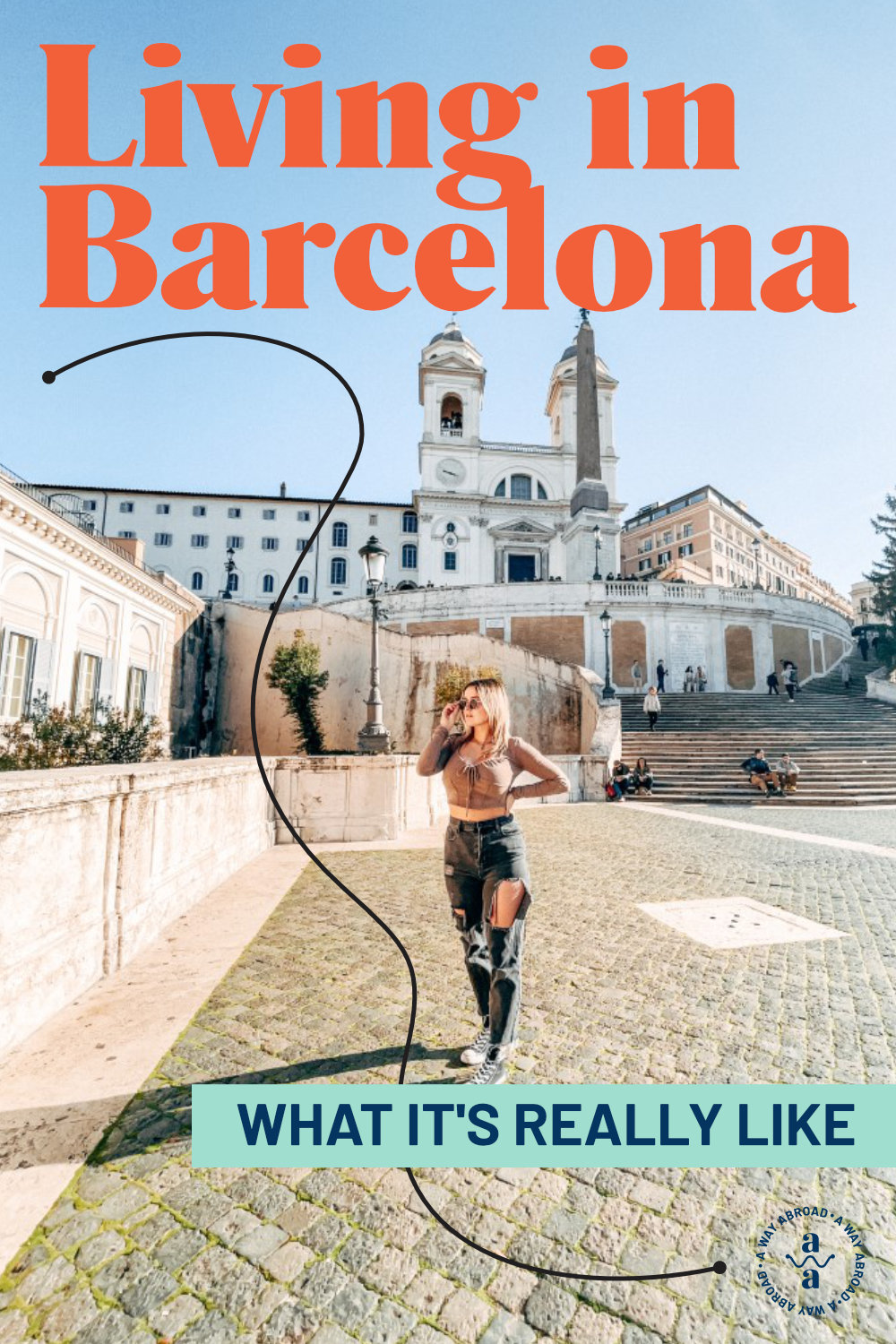 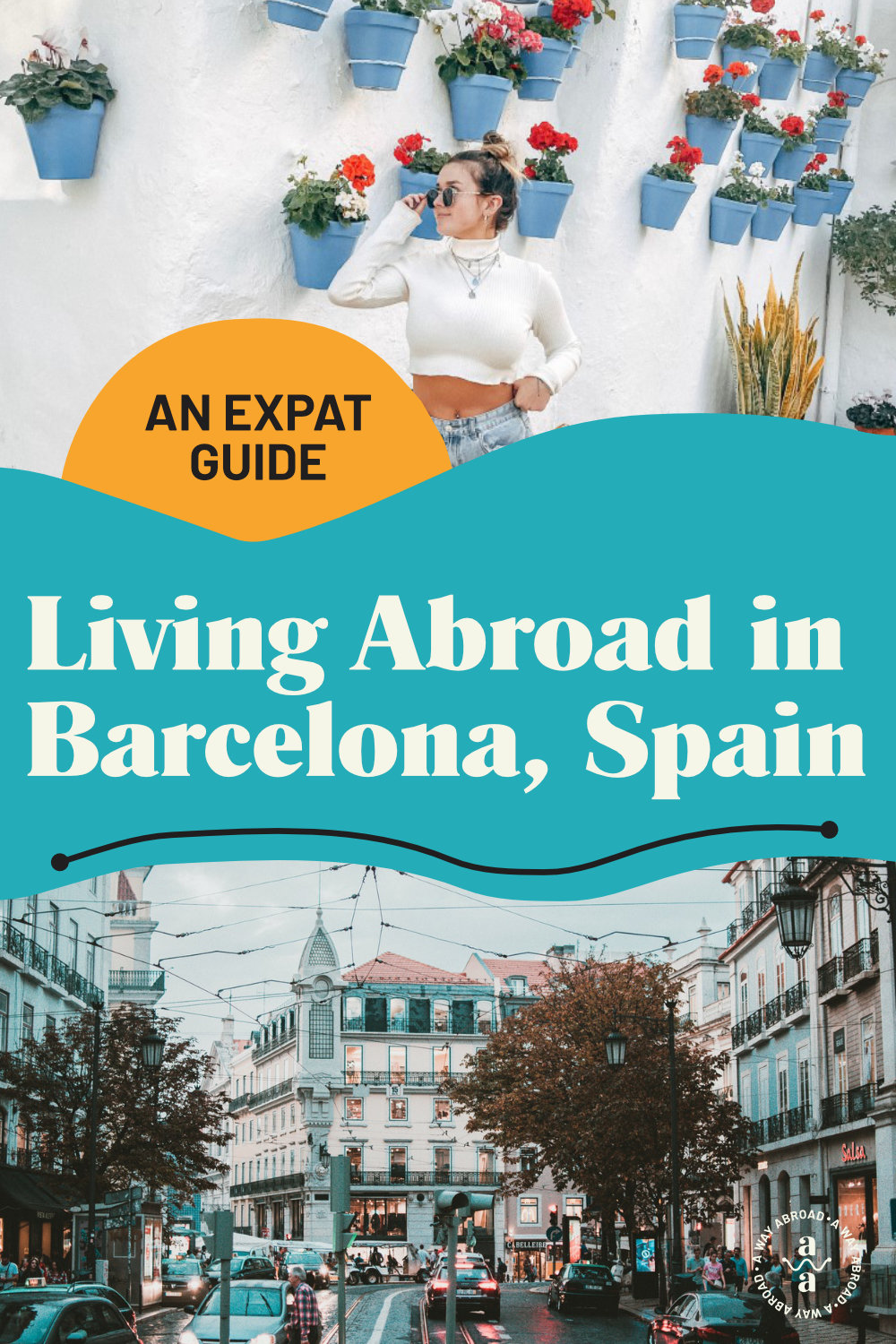