Visiting Mexico is a dream come true for many. Whether you only have a few days to visit, a few weeks, or you're able to move abroad and give expat life Mexican-style a go, a vast majority of Mexico's visitors fall in love with the country.

It's really no surprise either. From the welcoming locals, world-renowned food, incredible beaches, ancient ruins, and picturesque cities, there's a lot to love in this gigantic country. Given its size and variety, I've done my best to narrow down when to visit Mexico and when to consider saving your trip for another time. I'll highlight what to do in each season so you can decide when is the best time to go based on what you want to see and do.

The best time to visit Mexico depends on what you want to prioritize.

However, the rainy season is also during these months, so you may sometimes have to deal with less than ideal weather.

The best time to visit Mexico may also vary depending on what you want to do. Mexico is a vast country with many climates and cities to choose from. So the weather can vary across the country, and some places may be better to visit during some seasons than others.

A Quick Guide of the Highlight of Each Month

Although I'll leave the final decision for, based on what you're after on your trip to Mexico, here are some of the best things to see or do each month of the year. This is a quick glance at the best months to visit Mexico and why each month might be perfect for you. For more details about each month and the different seasons, you'll want to keep reading below.

December to April: The High Season

The peak season in Mexico is between December and April. This is when tourism is high, but that is because it is the best time of year for most people to travel to Mexico.

The winter months are some of the busiest times to visit Mexico and the best time to go if you want to enjoy the best weather. This time of year is also called the dry season because rain is minimal, and the sun always shines.

March and April are some of the busiest times to visit Mexico all year because of spring break. Families with kids and college students are off school, so you should expect big crowds. Mexico, especially on the Caribbean Coast, is a popular spring break destination.

The Yucatan Peninsula is one of the most popular places for spring breakers to visit, so if you choose to visit Mexico during this time, you may want to avoid the area and go somewhere in central or northern Mexico. Unless, parties and crowds is what you're after- if so head that way!

For the best mix of beach and tranquility during the high season, consider a visit to Tulum. Tulum is much smaller and more laidback than it's wild neighbors Cancun and Playa del Carmen. It offers great places to stay, beautiful snorkeling, and plenty of trendy restaurants though so you certainly won't feel isolated here.

Planning a trip during these months can be difficult if you do not plan ahead. You can expect the hotel prices to be highest and availability to be low if you do not book far enough in advance.

January and February in Mexico have good weather and high crowds, but not nearly as high as December, March, and April.

However, even though this is the busiest time to visit Mexico, it is actually the rainy season in Baja California. The Baja Peninsula gets the most rain from December to March. So, unless you want lower prices at the risk of some rain, you should avoid Baja California during these months.

Part of the reason why the peak season in Mexico is from December to April is that there are holidays during these months, like Christmas, New Year, and Semana Santa, or Holy Week. People are off work, and kids are off school so this is the most convenient time for many to visit Mexico. It's also a tempting time to escape the cold weather in the north.

The best time to visit Mexico City is in March and April because the temperatures are not too hot, but you can still expect blue skies.

One of the best reasons to go to Mexico during high season is for whale watching. From December to March, you can see humpback and blue whales on the Pacific coast of Mexico.

If you are traveling to the Pacific coast specifically for whale watching, your best chance of seeing the whales is between January and February in Puerto Vallarta. Or, if you want to snorkel with whale sharks, you should visit the coral reef Cabo Pulmo.

Things to do in Mexico in December

If you travel to Mexico during the holiday season, you will be able to celebrate Christmas and New Year's with the people of Mexico. For example, in December, Oaxaca hosts the Noche de Los Rabanos, a radish-carving festival. And honesty, it's as ridiculous as it sounds.

If you are staying in a resort or touristic town, there will likely be organized events for the holidays, too.

Things to do in Mexico in January

Another reason January is a good time to go to Mexico, is that many birds are migrating in the jungles and other natural areas on the Pacific coast. The best time to visit Mexico's west coast to see the bird migration is during the International Migratory Bird Festival in San Blas.

June to August: The Summer Season

June, July, and August is an excellent time to visit Mexico for several reasons.

First, fewer people visit Mexico during June, July, and August since they are the summer months, and people are not trying to escape the cold like they are in winter. Since fewer people are visiting, demand is lower, so prices are lower too.

However, the summer months are also the rainy season in many parts of Mexico. The rain doesn't get too bad, but there are some short bouts of heavy rain and storms before the sun comes back.

Many families and college students are still visiting in the summer since there is no school. That means, while it's not nearly as crowded as it is during the high season, you should still expect to see plenty of people throughout Mexico in the summer.

Things to do in Mexico Between June and August

Whale shark season on the east coast of Mexico is from mid-May to September, and the best times to see them are in June and July. The whales spend these months in the Gulf of Mexico, so choose one of these months to go if you want to see them off the Yucatan Peninsula.

The summer season is also the best time to visit Mexico for surfing. There are good waves year-round, but hurricane season brings big waves to Mexico's Pacific Coast. The waves are good during the entire hurricane season, but if you want to go to Mexico for the absolute best waves, you should visit in June, July, and August.

September and October: The Hurricane Season

September and October are also part of the rainy season in Mexico, but it is also peak hurricane season in some parts of the country. Although it's possible for Mexico to get hit by hurricanes all throughout rainy season (July-October), the prime time for bad weather is typically September-October.

However, if you can avoid the areas at risk of hurricanes and know there is a chance of your trip to Mexico getting canceled or ruined, you will find fewer people and lower prices during these months.

The coastal towns like Playa del Carmen, Puerto Vallarta, Cancun, and Los Cabos are riskier to visit during these months because you never know when a hurricane could brew. Your trip may end up canceled or delayed. If you are already in Mexico when bad weather hits, you will have to miss out on time relaxing and exploring to avoid the storms.

But, you can be sure your hotel or resort will take measures to keep you safe if anything does happen.

Things to do in Mexico in September and October

Since it is hurricane season in Mexico, the fall is a great time to do any indoor activities in Mexico, like a cooking class or a food tour. You can still do these activities outside if the weather is nice, but if there are storms, you can be inside without missing out.

As these months are also considered low season, if there are some popular or expensive activities you want to do, like chartering a boat, a private tour, or surfing lessons, then fall is a great time to visit Mexico. Just remember you may need to be flexible with your plans is bad weather strikes.

May and November: The Low Season

November is one of the best times to visit Mexico if you want good weather and want to escape the crowds. November is the start of the dry season, and hurricane season is over, but people are not visiting Mexico as much during this month since it is not the holiday season yet and kids are still in school.

There may be a little rain in May, but it won't be as much as during the rest of the rainy season, and it is not hurricane season quite yet.

If your schedule is flexible, my suggestion would be that you plan go to Mexico in either May or November.

Things to do in Mexico during May

First, there are a lot of Cinco de Mayo festivities in Mexico at the beginning of May. There are parades, music, dancing, and fireworks to celebrate Mexico's win over France in the 1862 Battle of Puebla. If you're interested in learning more about Mexican culture, you'll love being part of these festivities.

Things to do in Mexico during November

Day of the Dead is Mexico's (and much of Central America's) day to celebrate the lives of their loved ones who have since passed away. Much of the celebrations take part in graveyards or in alters built at family homes. While it might sound like a sad time to visit Mexico, it truly isn't. Day of the Dead is actually a bright and happy day, where you'll see families laughing over shared memories of the past.

For some truly beautiful and unique sights, November is a fantastic time to visit Mexico.

If you're from somewhere cold and need a winter escape, you'll love visiting in December, January, or February. For the party animal among us, Mexico during spring break and the summer holidays is hard to beat. You'll find somewhere open all day and night.

All that's left is to decide why you want to visit Mexico and when's the best time to make it happen. Enjoy! 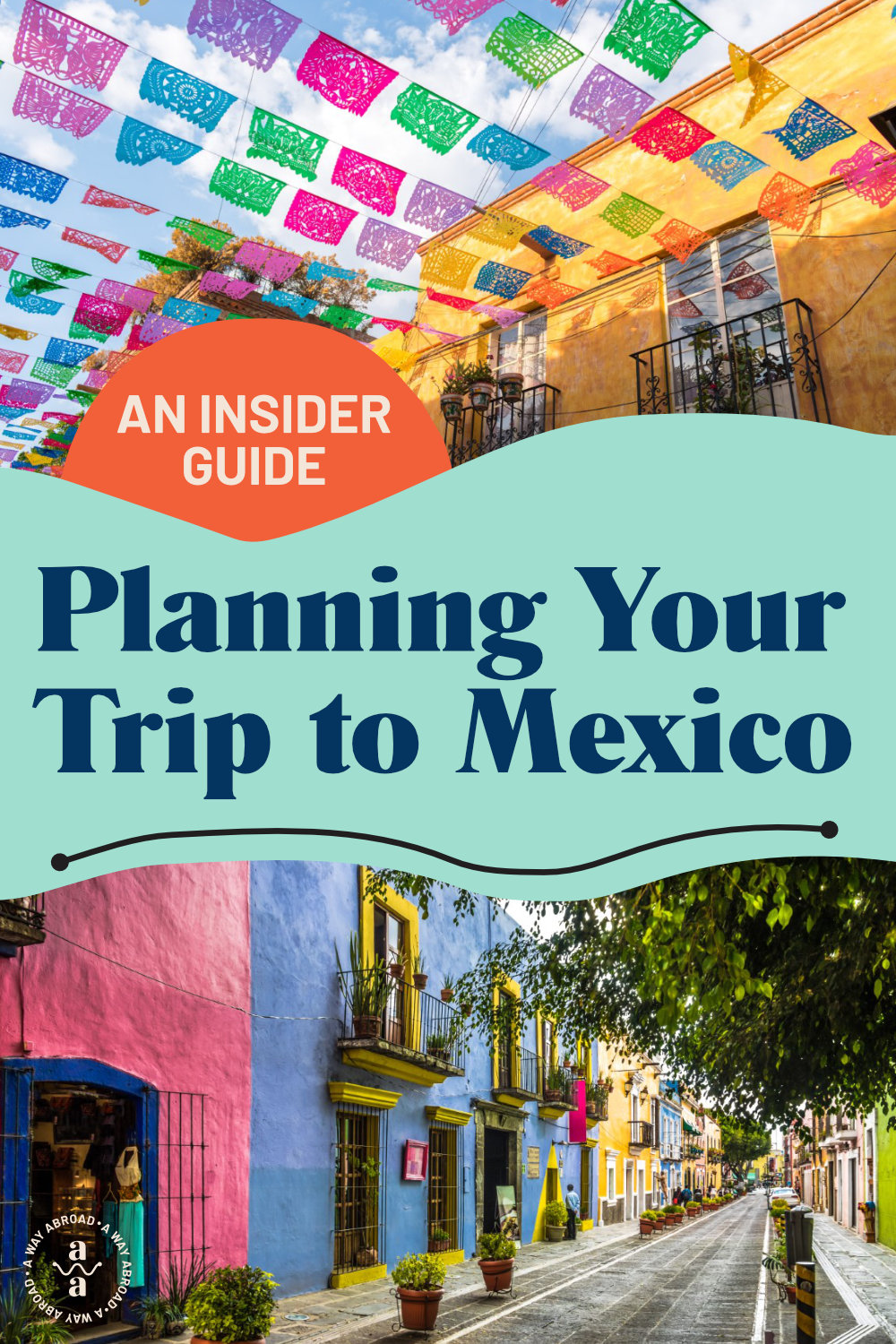 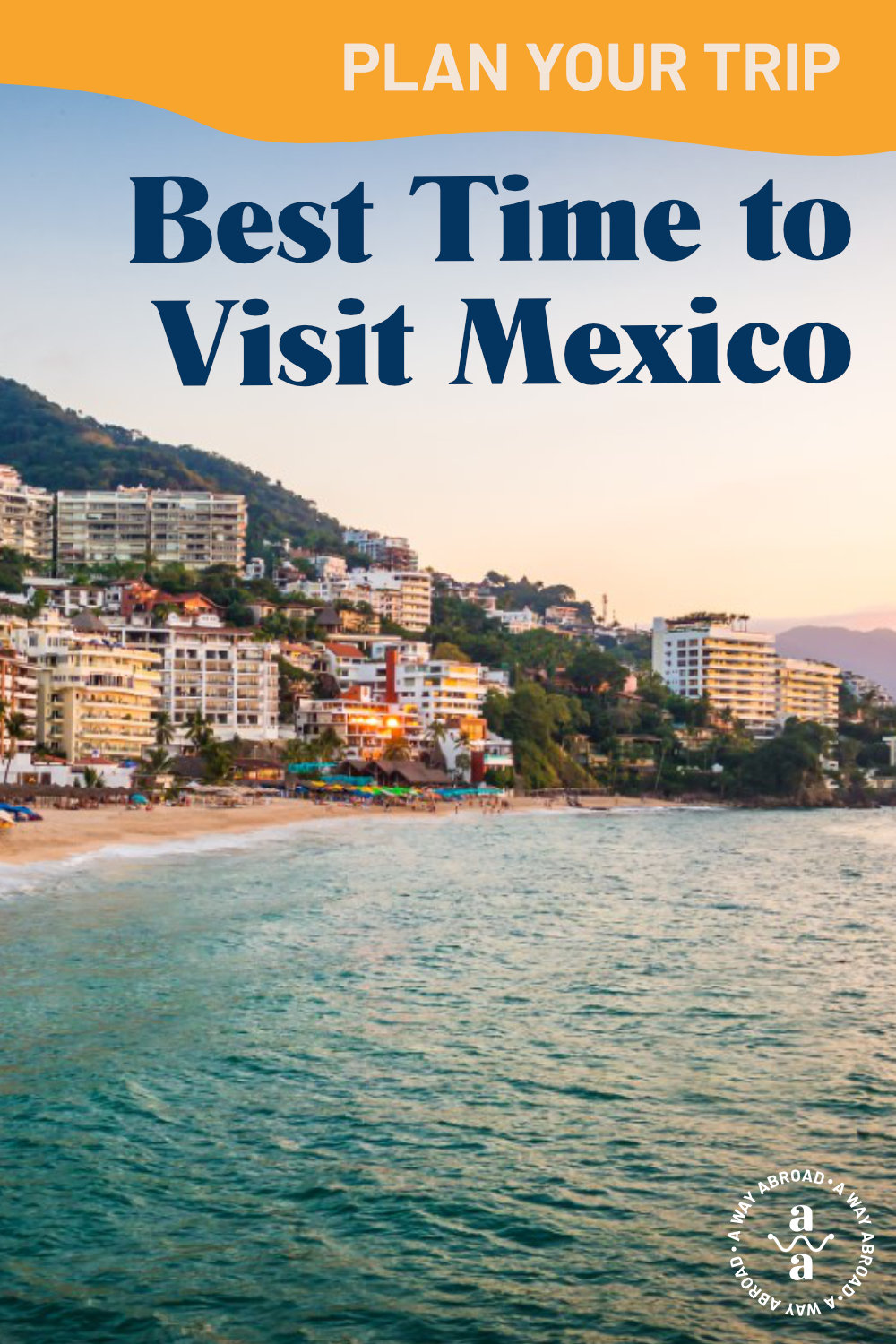