An Expat Guide to Living in Merida, Mexico

Share
Tweet
Save
Already an expat with a helpful tip or story to share?
write for us!
Melissa Douglas
for those interested in

Merida, Mexico is the capital of the Yucatan state of Mexico and an up-and-coming travel destination that has gained a lot of recognition in recent years. In fact, Lonely Planet highlighted it as being one of their top cities to visit for 2022! Although far from the lesser-known gems of Central Mexico, it's closer to a lot of the best beach towns in the country.

This beautiful city is characterized by its opulent, grand colonial mansions and ornate, colorful houses. The city's central Yucatan location makes it a great base for getting out and exploring the wider Yucatan region, Mayan culture, and natural wonders. From here, you can easily take day trips to gorgeous Yucatan beaches, world-famous ruins Mayan ruins like Chichen Itza, and quaint traditional towns like Izamal.

Merida is also increasing in popularity as a place to move to as an expat or work as a digital nomad in Mexico. Perhaps one of the main reasons for this is that Merida is renowned for not only being the safest city in Mexico, but one of the safest cities in the entire North American continent.

More than 11,000 American and Canadian expats call Merida their permanent base, as well as a plethora of people from other countries and cultures. As such, it is very easy to meet like-minded people and build a community here.

Despite the fact that Merida possesses a very welcoming, small-town vibe, the city is pretty large. It is home to a population of over 892,363 people and is easily the largest city on the Yucatan Peninsula.

Most foreign expats tend to either live in the northern suburbs of the city or in the historic center (“Centro”). Opting to live in Central Merida means that you can easily walk around to all of the main attractions, parks, restaurants, and coffee shops.

A lot of the old colonial mansions in Merida have been converted into restaurants, live music venues, bars, and boutique stores. They give this neighborhood a certain charm that isn't found elsewhere in the city. The colonial buildings are enough to make anyone fall in love but also provide a bridge to the rich history of the city.

So, if you want a real local experience without having to compromise on any home comforts from your own country, Central Merida is a great choice. There are also a lot of mercados here (traditional Mexican markets) so you can shop for fresh local produce, fruit, and veggies that support Yucatecans, rather than at Walmart!

A lot of chic, upscale apartment complexes have been popping up throughout the northern suburbs of Merida. When people refer to “North Merida”, they are usually referring to the neighborhoods of:

These areas are very much gentrified and westernized and are more reminiscent of parts of the US than Mexico. In other words, there are several upscale gourmet international eateries here, as well as branches of a lot of American chain stores and eateries like Carls Jr, Krispy Kreme, Dairy Queen, etc.

What is better for you will depend a lot on your personal preference. Expats living here typically are farther removed from Yucatecan culture and instead are motivated by a lower cost of living in a place that resembles their home country.

It is important to note, however, that other parts of the city should not be ruled out.

People find it hard to shake the perception that Mexico is a very dangerous place where they need to always be careful and aware of their surroundings. While that can be true in certain areas, Merida is a very safe city. There are no no-go areas here and yet most foreign expats tend to all stick to renting/purchasing their accommodation in either the center or the north.

Better yet? Opting to live in these areas over the popular North and Centro means that you get more bang for your buck and often find properties that are substantially cheaper. Your day to day life here will also be more intertwine by the joys of living in Mexico.

How to Find an Apartment in Merida

Although there are a few property websites for the Yucatan Peninsula, they are not frequently used. The best way to find apartments and houses here is through Facebook.

As peculiar as it may sound, Mexicans themselves will find apartments in this way. You can search for properties via Facebook Marketplace or via Facebook groups for a particular city. This isn't particular to Merida, either. Using Facebook is a common way expats and digital nomads all over the world find affordable accommodation.

You can expect to pay $200 a month for a small studio apartment just outside of the city center including all bills. Exact rates fluctuate depending on location and property type.

It is not unheard of for people to try and charge foreigners substantially more than the going rate. It will help if you speak Spanish and are able to bargain with them in their language. If your Spanish isn't up to par, the best way to combat this is to sense-check what price you have been quoted with Mexican friends before agreeing to anything. If you don't know anyone yet, post the price in Merida Facebook groups and ask the expat community.

How to Get a Visa to Live in Merida, Mexico

Travelers from most countries can stay in Mexico for up to 180 days on an FMM tourist visa. There is no advanced paperwork required for this, it is something that you can get on arrival.

You just need to fill out a simple form on your flight into Mexico which details where you will be staying and how long you plan to stay. Up until recently, a substantial number of people were living in Mexico on this visa and would exit the country every 180 days to refresh it.

The Mexican government has really started cracking down on this in the last year so if you want to join the other expats and live here long-term, it is imperative that you get the correct visa to do so.

You can enter for 180 days on a tourist visa to see if Merida is the place for you. Just know that based on when you decide to visit, your experience might be different. Between the dry and rainy season and your personal preferences of things to do, you might find a best time to visit.

Divide your time between different neighborhoods to determine which area you prefer. Do your best to stay in accommodation like something you would stay in if moved here. The difference will be palpable if you travel and stay in lush hotels in the heart of the city but move here and stay in a small apartment on the outskirts of town. Once you decide you love it here as much as I do, it's time to apply for residency.

If you decide that you do want to live in Merida, you need to apply for residency from outside of Mexico. A few forms needed to be completed and submitted to your Mexican embassy or consulate. The fee for this at the time of publication is $48.

You also need to demonstrate that you have enough funds to support yourself. The precise amount asked for seems to vary from one state to another but they typically ask for $40,000 present in a bank account for at least 6 months.

Unfortunately, it is not possible to work in Mexico on this visa. It is best suited as a digital nomad visa for remote workers with their own source of international income.

You need to prove that you earn at least $2,000 USD per month from non-Mexican sources. If you decide to purchase a property in Mexico, you will automatically be granted residency and do not have to submit so much paperwork.

Top Things to Do in Merida, Mexico

Merida, Mexico is a vibrant city with a buzzing social scene. Although there are plenty of great day trips to take from here, it feels like there is almost always some kind of festival or event taking place right in town, so you will never find yourself short of things to do.

There are enough excellent Merida restaurants to keep you occupied for months. Food in this part of Mexico is very different from that in other regions and many popular dishes follow Ancient Mayan recipes! From street vendors to high-end restaurants, your belly will be plenty happy while living in Merida.

One dish to look out for is cochinita pibil. Think of it as the Ancient Mayan answer to pulled pork. To make it, pork is marinated with orange and achiote and then slow-cooked underground in a traditional oven known as a pib. Yum!

An excellent way to get your bearings when you first arrive in Merida is to take a free walking tour. The tour guide speaks both English and Spanish and departs the Plaza de Santa Lucia every day at 10 am.

You will stroll along the Paseo Montejo and discover the history behind the city's main sites and buildings. Of course, though the tour is technically free, there is the assumption that you tip your guide (and you should!) 100 pesos (around $5) is a good amount per person.

Free walking tours are a standard offer in most cities around the world. Whether you're in Merida or not, I suggest trying to find one of these tours to get the inside scoop on a place anytime you're new somewhere.

When the sun sets, Merida really comes to life, especially on Friday and Saturday nights. There are several wine and cocktail bars here that prepare mouthwatering concoctions made by expert mixologists.

Many of them use uniquely Mexican ingredients like mezcal and tequila in their creations.

La Negrita Cantina (Calle 62 esquina, C. 49 415, Centro) is a must-visit. Live musicians perform here almost every night of the week, and at weekends, everyone takes to the floor to dance salsa.

Ready to Move to Merida?

With this, I hope you're more ready than ever to give living in Merida, Mexico a chance. For me, it's been the perfect mix of great food, plenty to do, and a location that any beach-lover would be envious of.

Hey, at the very least, head on down for 180 days and see for yourself what an incredible place Merida really is. 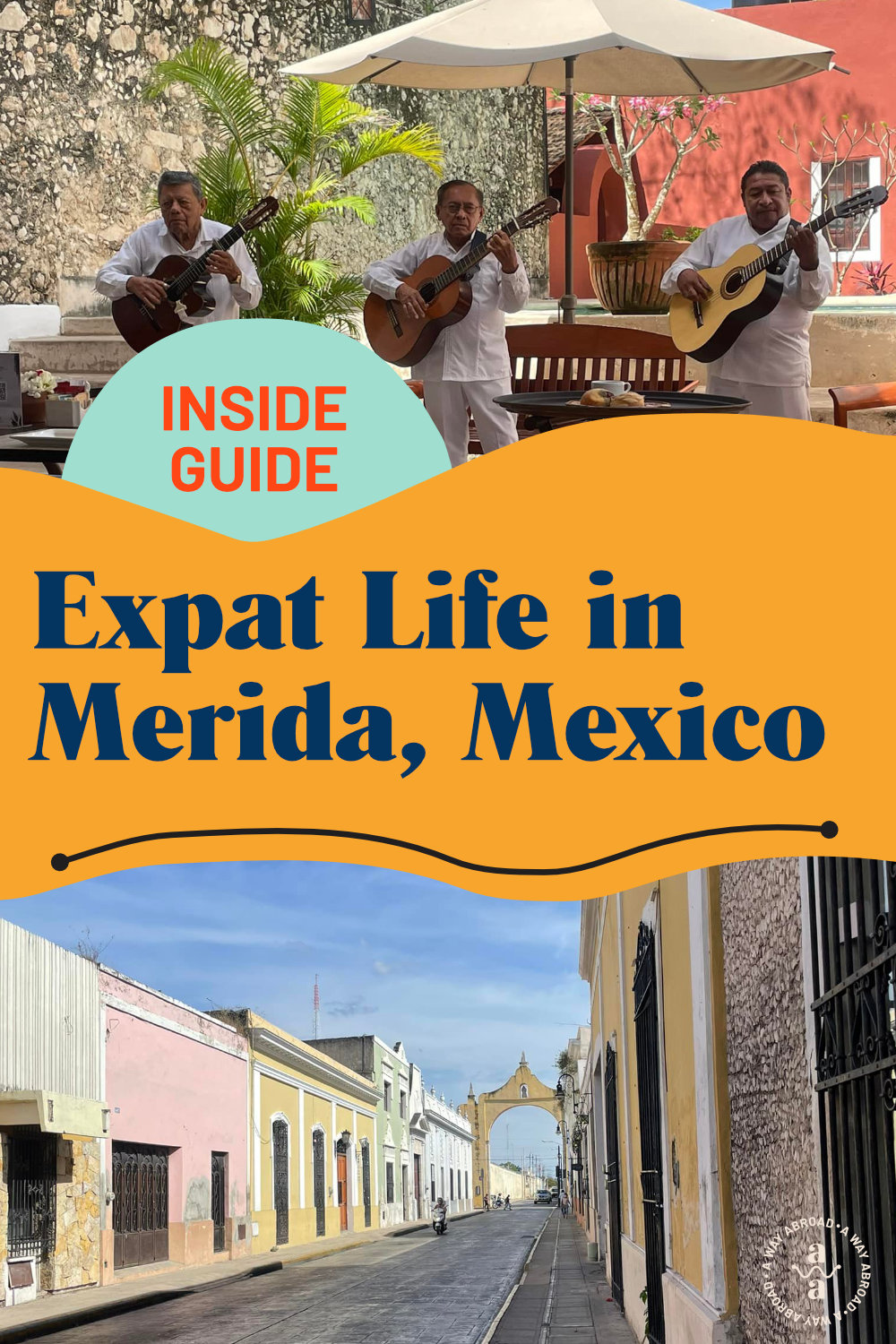 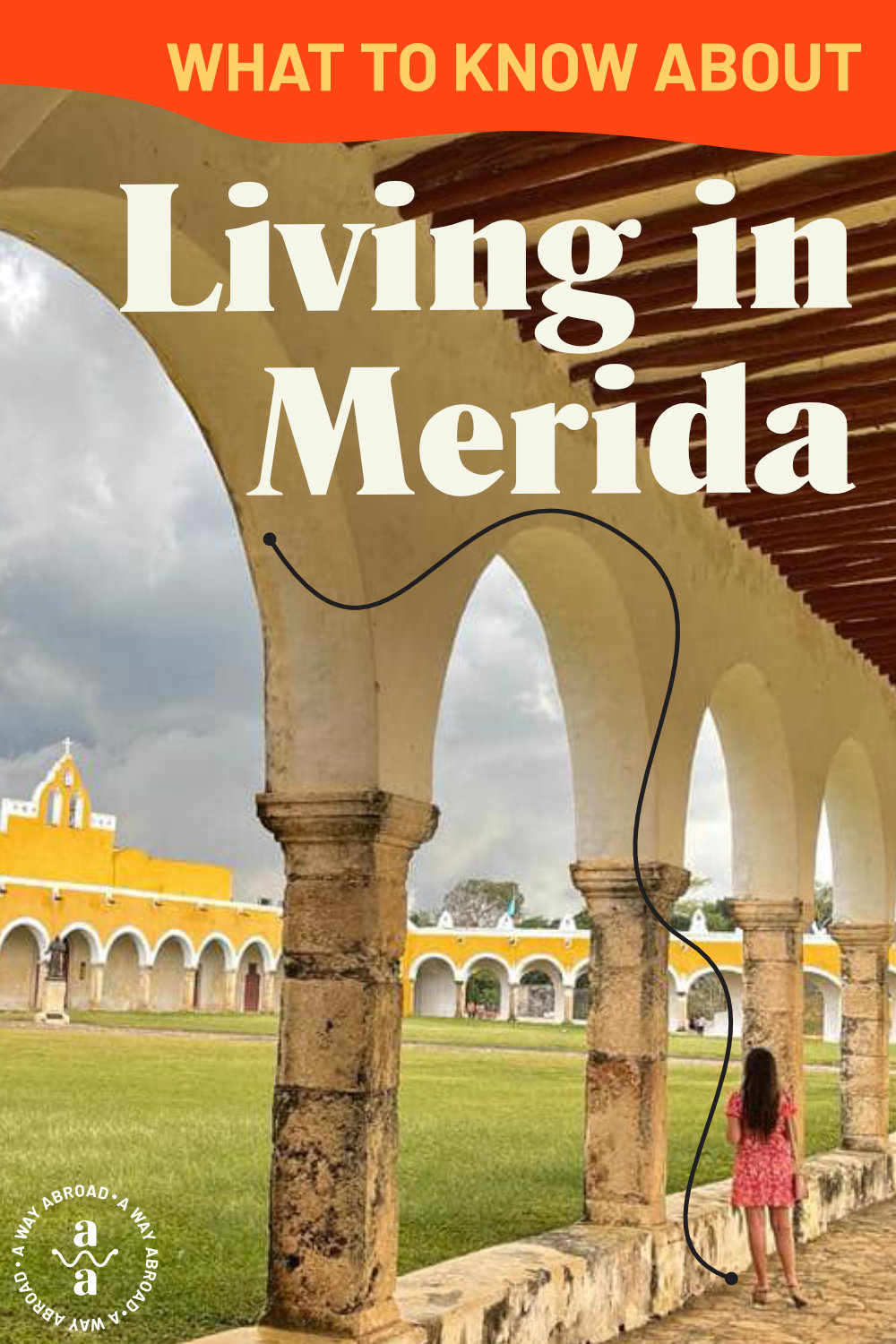