Share
Tweet
Save
Already an expat with a helpful tip or story to share?
write for us!
Hannah Castelli
for those interested in

After living in Japan for a year I can vouch that it is one of the most ideal destinations to live and work abroad. The people are friendly, the food is terrific, and there’s something exciting to do or see whenever you turn your head.

When deciding to move to Japan, like many others who come to Japan, I initially thought of Tokyo as the best choice for a place to set up shop.

And why not? Tokyo is fantastic: it's glistening with bright lights, one-of-a-kind shops and cafes, and plenty of work opportunities. But, as I soon found out, it's not the only amazing option for living and working in Japan.

Here are 5 other incredible cities that you should take a look at before making your final choice on where to move in Japan. Trust me, none of these Japanese cities will disappoint.

Nagoya is Japan’s fourth-largest city and often gets overlooked when thinking of Japan, but its a good idea to keep this place on your radar. It is centrally located in the Chubu region meaning it is in a prime spot for traveling the whole country and has a well-connected train station and airport.

There are plenty of options for work including international schools and universities and is known as a great choice for expats with families due to its high level of safety and abundance of parks and play spaces.

Bonus: if you’re a fan of anime then this is the place for you! Studio Ghibli, the creators of the beloved anime ‘Spirited Away' as well as other classics like ‘Princess Mononoke’ and ‘My Neighbor Totoro’, are set to open a theme park near Nagoya in November 2022!

Things to Know Before Moving to Nagoya

Yokohama was and still is on my radar as a great place to live in Japan for a few reasons.

Firstly, it is Japan’s second-largest city, which means a lot is going on, you’re not likely to find yourself bored living there, that’s for sure.

Secondly, it is pretty much the next-door neighbor to Tokyo meaning that you can get to the capital quickly and cheaply, which is saying a lot considering Japan’s train fares can be fairly expensive.

Thirdly, Yokohama lies right on Tokyo Bay which means it offers gorgeous ocean views. If you're the kind of person, like me, who feels the need to be near the water at all times this is ideal.

Fourthly, it is home to some really unique festivals which will fill your weekends all year round. The most famous is the Pikachu Festival when you'll see loads of Pikachu's fill the streets of Yokohama, which provided me with the most adorable weekend of my life.

Things to Know Before Moving to Yokohama

Kagoshima can be found right at the southern tip of mainland Japan. This means that it is one of the warmer places to live, so if you’re someone who is not a fan of the cold then this is for you.

Kagoshima has a much lower cost of living than Tokyo which means it is better for saving money and more yen for sushi dinners and karaoke with your friends!

Kagoshima also has some of the best beaches and hikes and is a great option for those who love spending their time outdoors in nature. And yes, there is indeed an active volcano just off the bay of the city which is almost always smoking, but truthfully, while that might sound intimidating, it makes for an incredible photo.

Things to Know Before Moving to Kagoshima

Not exactly a hidden gem, Osaka is a very popular city for both expats and tourists alike, but that doesn’t mean it shouldn’t be considered as a great place to live in Japan, no way! Osaka is like nowhere else in Japan and usually among one of the best places to live in Asia.

It has a very unique charm with many believing that the locals are less reserved and the city much louder than the rest of the country and I agree with them.

Osaka is a port town and because of this, it has an international flair about it with lots of people from many countries calling it home. It actually has the largest Korean population of any city in Japan which is great if you love Korean food.

Osaka is also known as “the nation's kitchen”, originally because it was the warehouse and trading port for Japanese food imports, but now it is known as that because it hosts some of the most mouth-watering food in Japan. If you’re a foodie then this is a good reason to choose Osaka, Yum!

Things to Know Before Moving to Osaka

Sapporo is the capital of Hokkaido, the northernmost island of Japan. Hokkaido is known to have some of the best snow in the world and if skiing is life for you then Sapporo is where you should call home.

Although, even if you’re not a ski bum then Sapporo is still a wonderful place to live. The public transport is very easy to use, the famous soup curry is hearty and flavorful, and the summers are gorgeous without the stifling heat and humidity that the rest of Japan is known for.

Also, as many people move to Hokkaido and Sapporo to work in the snow fields, it has an excellent expat community to help you find your tribe. It's a really popular place for foreigners on working holiday visas to spend time in since they offer a lot of good options for seasonal work.

Things to know Before Moving to Sapporo

Moving to Japan is a dream for many but before you get your heart set on living in the Land of the Rising Sun, know that getting a visa here can be challenging or stricter than other countries.

Luckily, there are a few great options for long-term visas in Japan.

Other industries will have the need for foreign employees, especially at international companies that has offices throughout Japan, but the most common way to work in Japan is by teaching English, either at a public school, private school, or university.

By opting for a work visa, your employer should handle the visa application for you, you'll just need to provide the paperwork they ask for and meet the requirements set by immigration and the Japanese government.

If you plan to live in Japan on a work visa, note that you should also get some perks like local health insurance, a local bank account, paid travel expenses to the country, and in some cases, an apartment included in your contract.

For those wanting to study in Japan, you might be able to get a student visa. Student visas are applicable to those wanting to learn Japanese or study at a university. Depending on what you're studying at university, you may be required to already speak Japanese as a pre-req for the visa.

There are a handful of programs that offer services to getting a student visa in Japan, especially for those wanting to learn the language and Japanese culture.

This last option, a tourist visa, is better for those simply wanting to visit, not those who want to live in Japan. The specifications of entering in Japan as a tourist will change based on your nationality. I know for Australian and U.S. citizens, you're allowed to visit Japan for 90 days visa-free, whereas for Colombian citizens, you're required to apply for a visa from the Japanese embassy in your country of residence.

Do note that due to Covid-19, as of August 2022, Japan is currently only open to foreigners with visas, not tourists hoping to enter the country visa-free.

You're Ready to Move to Japan

So there they are, 5 of the best cities to experience life in Japan. This is no way a definitive list and there are other totally liveable towns and cities that are also worthy of a look in.

I know that no matter where you choose you will find Japan to be a country of kindness, interesting cultural traditions, stunning natural beauty, and delicious artisan food. It is a wonderful place to live and work that I know you will love! 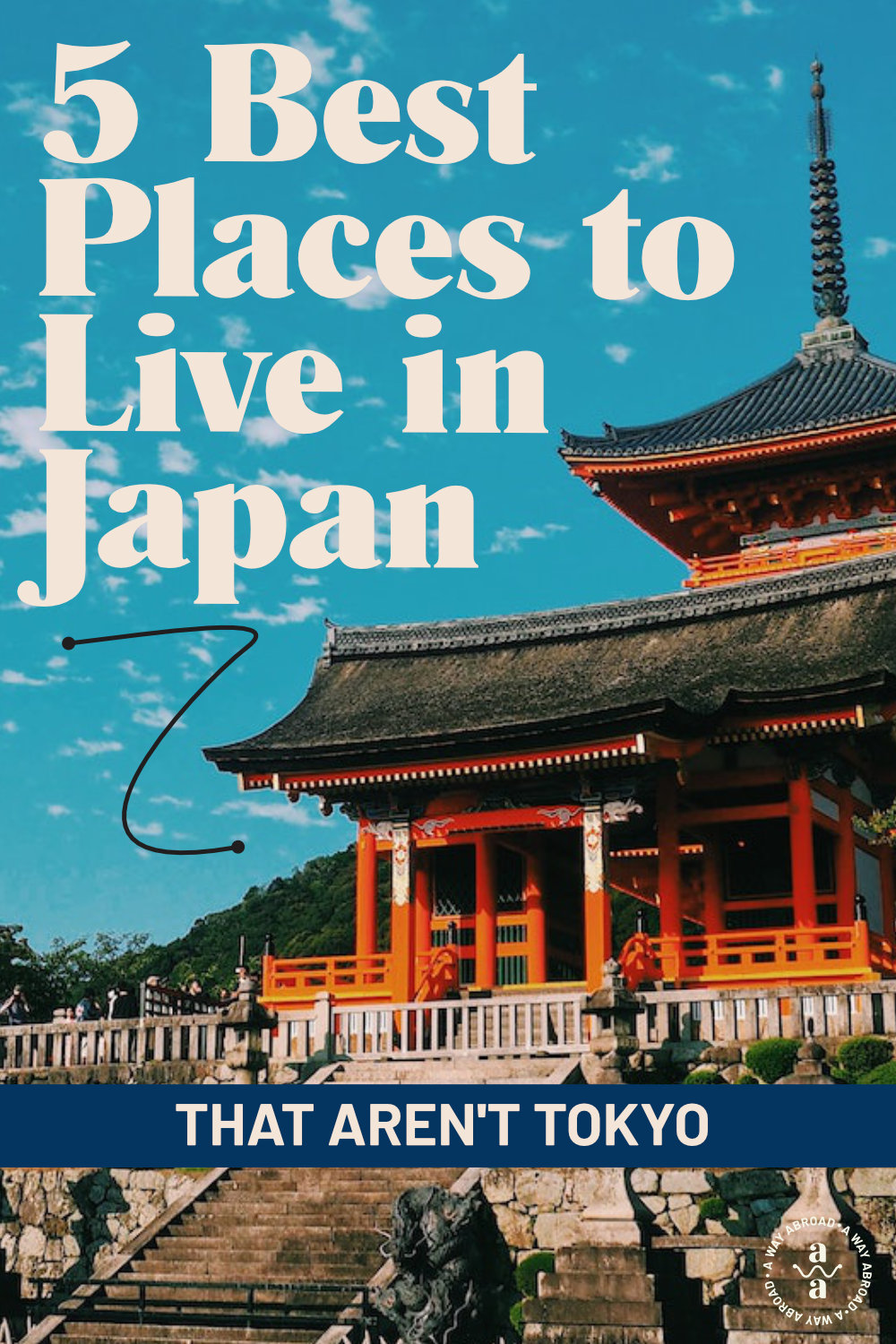 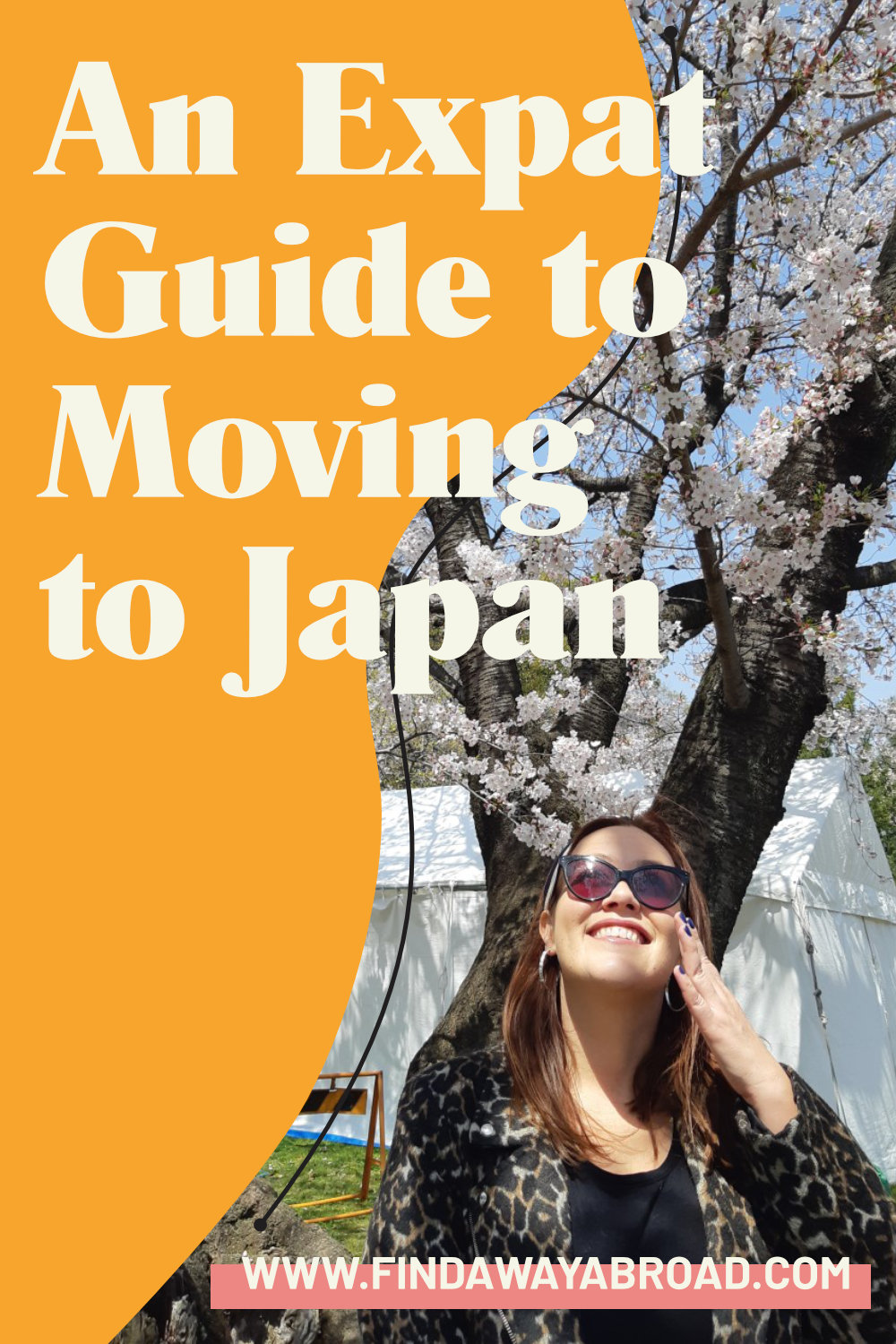