Best Cities to Visit in Poland

Share
Tweet
Save
Already an expat with a helpful tip or story to share?
write for us!
Kristie Gonzales
for those interested in

Poland doesn’t make most people’s Europe trips. Even those that spend weeks traveling throughout Europe tend to miss Poland along their travels! Instead opting for those more known countries and cities that we’ve all seen in movies.

After spending more than six months so far living in Poland, I am convinced everyone should add it to their Europe bucket list! This Poland guide will help convince you to add Poland to your travel list and walk you through the 3 major cities to visit, how to get around and what to do while you’re there. A country with this much history should not be missed!

Things to Know Before Visiting Poland

The country is part of the European Union and Schengen zone but does not use the Euro, instead uses the Zloty. The cost of living is much less than that of other EU countries which means you can find yourself spending much less for food, transportation and hotel expenses than you may in other EU countries.

As it is part of the Schengen Zone, if you’re visiting from another country in the zone there are roughly no passport/ border checks.

Keep in mind, most nationalities are allowed to spend 3 months for tourism every 6 months in the Schengen Zone. If you want to stretch your trip and hop out of the Schengen Zone a bit, consider heading over to London, just don't miss out on these hidden gems while you're there!

Poland is not part of Eastern Europe, it is part of Central Europe.

While English is spoken by the younger generations, you may still encounter quite a few people in the larger cities that do not speak English (more so than you might in other EU countries). It is helpful to learn some key words before visiting as Polish people appreciate the effort by non-Polish speakers.

There is more to eat and drink besides perogies and vodka! While perogies (polish dumplings) are SO good you should try other foods while in Poland such as:

But of course eat lots of perogies while in Poland, because there’s nothing like the real thing! If vodka is your thing, Polish vodka will not disappoint! However if you’re more of a beer person, you will be surprised to find lots of craft beer options throughout Poland and for cheap! 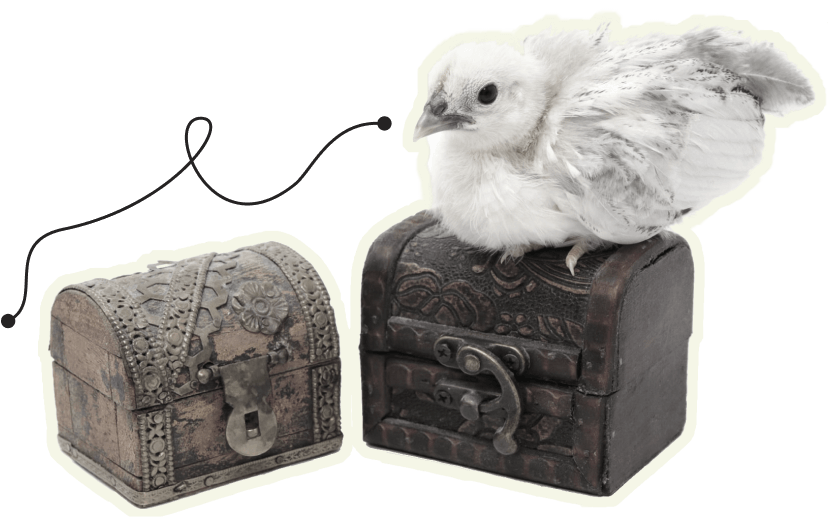 When to visit Poland

Poland experiences all four seasons so depending on what you want to do will depend on the best time to visit.

Summer is a great time to visit as you won’t get the incredibly warm humid summers that you would experience further south. It’s easy to spend the whole time outdoors experiencing a milder summer and enjoying all of the outdoor restaurants in the town squares.

Golden Polish Autumn is what fall is referred to in Poland as the country experiences beautiful foliage. The weather is cool, the leaves are turning different hues of yellow, orange and red. Although peak foliage season varies slightly year by year, visiting anytime between Mid-September to Mid-October should come with some degree of foliage.

Winter in Poland can be a little unpredictable. The season lasts from December to March and it can be cold, grey and snowy. This may not be the best time to visit as the temperatures can drop pretty low, but if you do find yourself in Poland during a colder winter day, a cup of hot wine or hot beer can help!

Springtime in Poland is when daylight starts to get longer, temperatures are not as cold and trees start to bloom again. Spring, like winter, can be a little unpredictable with some cold light snow days sprinkled in.

How to get around

Lastly, Poland has a robust train system in place connecting the country together. These trains consist of both fast and slow trains that allow you to see the country at your own pace. Bonus point, they are dog friendly!

Here’s the top 3 cities to visit during your tour of Poland:

Warsaw, although the capital of Poland, is not the top visited city in the country. The city has so much history as it was 90% destroyed during World War II. Much of what you’ll see in the city has been rebuilt, including the Old Town.

Visiting the Old Town is a must where you’ll find many shops, restaurants, and bars. This is a great place to stop, enjoy a drink in the square and take it all in.

In the historical capital city you’ll find various museums including the Warsaw Uprising Museum, Museum of Warsaw, and the Royal Castle. Visiting at least one of these will give you a greater appreciation for the country’s history.

Warsaw has so many restaurants with all types of cuisines. One of the best ways to try various cuisines and restaurants is by visiting a food hall. Hala Gwardii, Hala Koszyki, and Elektrownia Powisle are indoor food halls with various restaurants and shops inside. Don’t miss the food scene in Warsaw!

Krakow is the most visited city in Poland and for good reasons! The city was left mostly unharmed during WWII and it’s Old Town center is now a UNESCO site.

The Market Square here is not to be missed not only because it’s beautiful but you’ll find everything here! Right next to the market square is the Wawel Castle, you can walk just through the outside of the grounds or take a tour inside.

Plan to spend at least two days just getting lost through Old Town and admiring the colorful buildings, restaurants and shops.

Not far from Krakow (about 1 hour drive) is Auschwitz concentration camp. While you’re in Krakow it’s worth making the drive to see the place we’ve all heard so much about throughout history class. The visit will not be joyful but it’s important to see and remember history so we don’t repeat the past.

Gdansk is located on the Baltic Sea and has a unique history as it has shifted several times between Poland and Germany territories. As the city suffered quite a bit of damage during WWII, it has also been significantly rebuilt.

A visit to Gdansk is possible in a short amount of time as the town square is quite small and compact so it is easy to walk to all the main sites such as Long Market, Town Hall, St. Mary’s Church, and Neptune’s Fountain. The walk along the canals is not to be missed and you’ll find so many good restaurants such as Mon Balzac and Chelb i Wino. You can also get out on the water and enjoy a city cruise on a historical Polish boat.

Gdansk is located near two other popular Polish cities, Sopot and Gydnia. These 3 cities along the Baltic sea are known as the TriCity and can easily be visited on one trip.

In Sopot you’ll find the best beaches including a few dog friendly ones. Sopot is also known for having the longest wooden pier in all of Europe, a visit here is best enjoyed in summer just watch out for the crowds!

Gdynia used to be a small fishing village but in the last few decades has transformed into an urban development. On a visit to Gdynia you’ll likely find different events taking place such as sporting, music and arts. Definitely look up if there are any events going on before visiting so you can be prepared.

Hope this Polish travel guide has convinced you to add Poland to your Europe travels!!

Share
Tweet
Save
Liked this article? Pick an image to pin it! 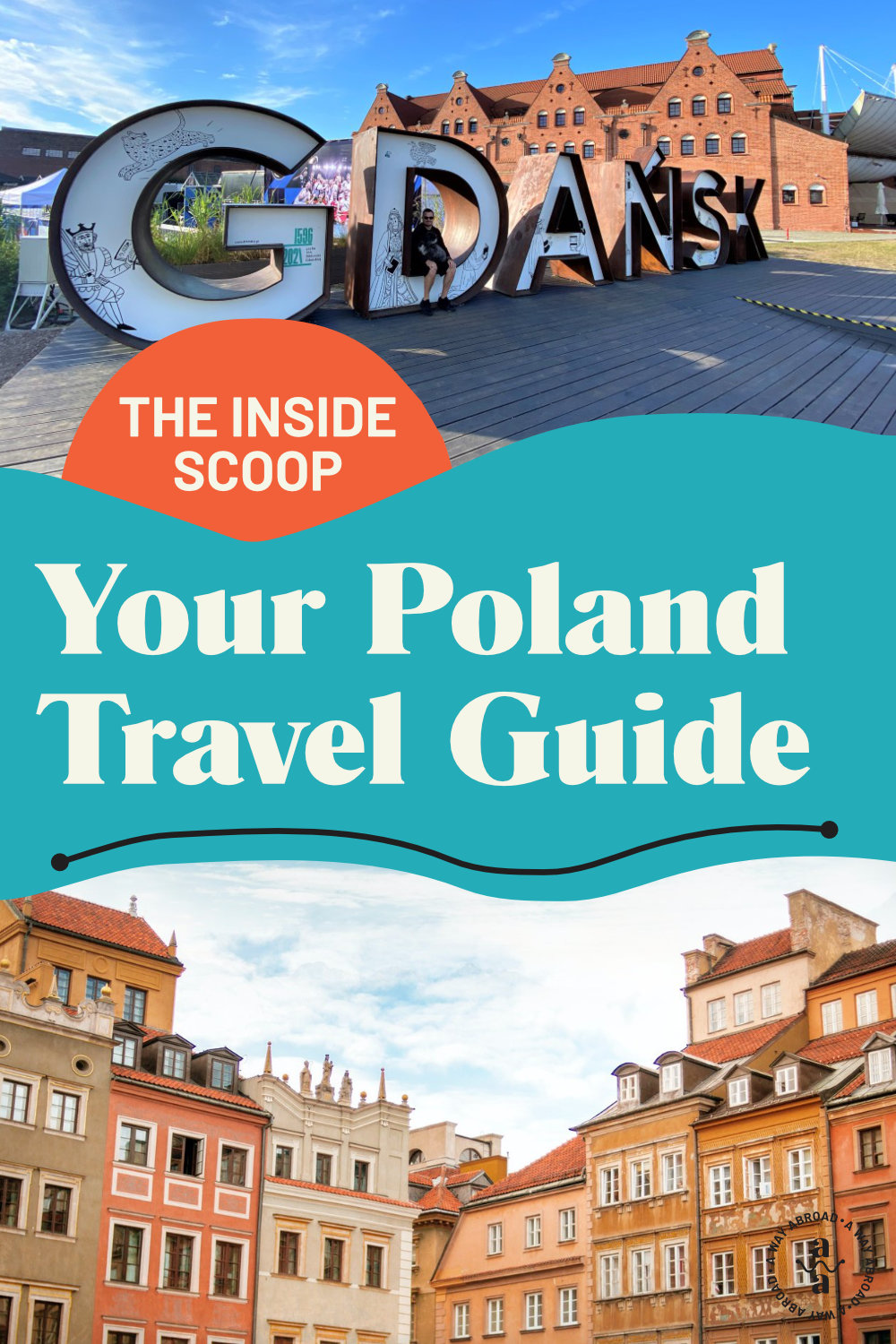 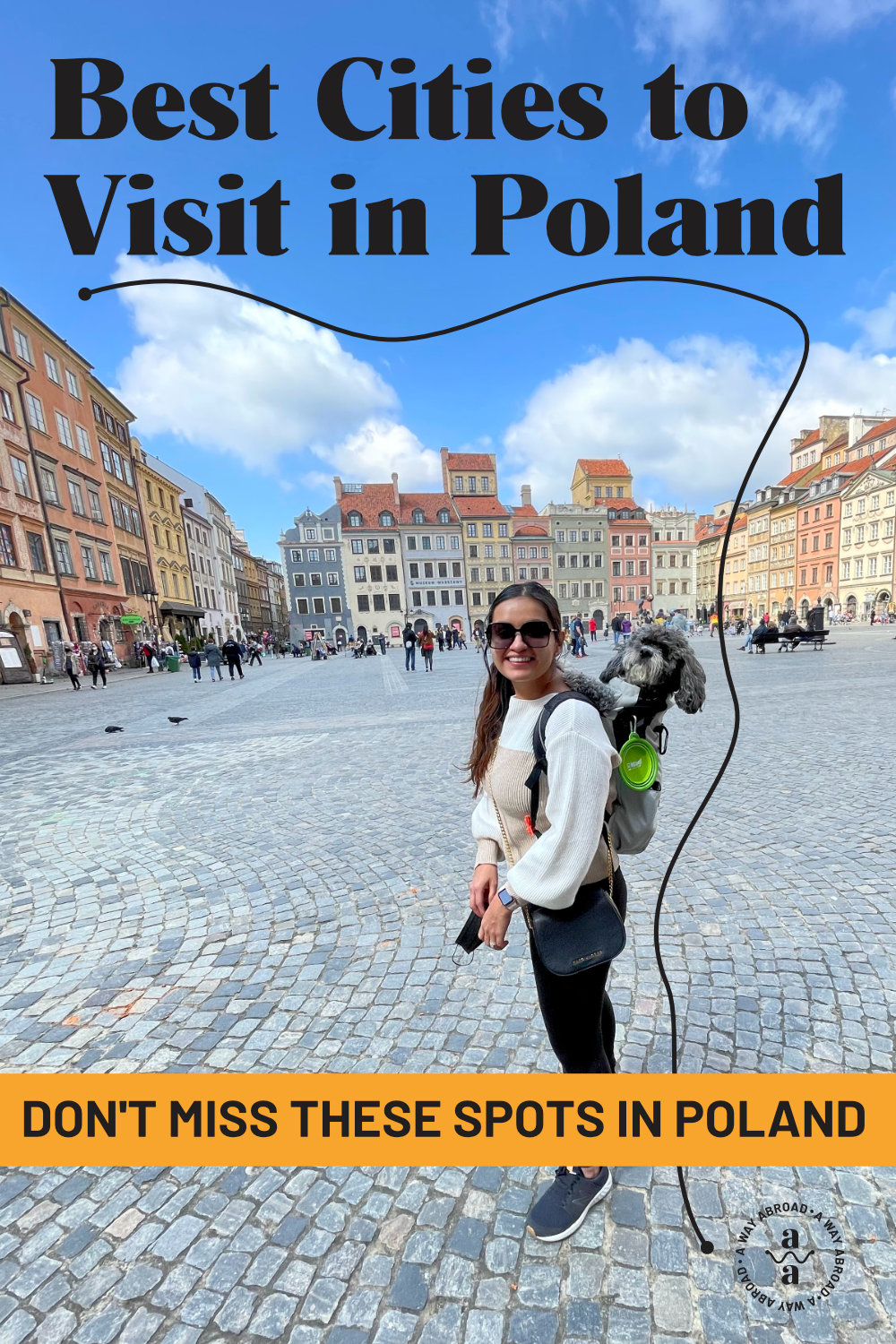