An Expat's Guide to Living in Shanghai

Share
Tweet
Save
Already an expat with a helpful tip or story to share?
write for us!
Lauren Pettit
for those interested in

Located on China's east coast, Shanghai is a megacity home to over 25 million people. As one of the world's most populous cities, you're in for a lifestyle unlike anywhere else. Since China opened its doors to international trade in the 1970s, the city has drawn businesses from all over the world, transforming it into an economic powerhouse, a cosmopolitan hub, and a ideal city with a strong expat community.

After finding a marketing job with a local language school, I moved to Shanghai from the UK. Although I only intended to stay for one year, the city quickly won me over with its charm, and one year soon became four.

In this article, I'll show you why living in Shanghai won me over.

A Quick Glance at Life as an Expat in Shanghai, China

To sum it up in one word, life in Shanghai is comfortable. It's a far cry from China's lesser-known metropolises, which can test even the most resilient expats with intense culture shock. While it make take you your first few weeks to settle in and adjust to life in big city, expat life in Shanghai is really something special.

The city is home to people of all ages, backgrounds, and nationalities, many of whom have set up businesses or side hustles catering to their local communities. This creates so much variety in everything from what to eat and do to where to hang out. It also means you can choose to enjoy as much or as little of the local culture as you want.

No matter your interests, Shanghai has a community for you. From running clubs and capoeira classes to board game groups and language exchanges, there's something for everyone. Shanghai expats will all agree that it's one of the safest cities and is fairly easy to find a group of people that share your same interests.

I once heard that Shanghai is 'the city that never sits down'. I didn't understand what that meant until I arrived. No matter what day it is, people are always busy - with hobbies, networking events, and seeing friends. Every day brings something new, and it's never dull.

The same goes for sightseeing. While there's some great hidden gems in China, the city is bursting with things to do, thanks partly to its size. Here are a few must-do activities:

The Cost of Living in Shanghai

Of course, comfort comes at a cost. Shanghai is the most expensive city in mainland China, and the average cost of living is significantly higher than in less developed Chinese cities.

That's not to say you can't live on a budget. Transportation remains astonishingly cheap, with a metro ride across the city costing a maximum of ¥9 (around $1.35). The Shanghai metro has numerous metro lines and between that and plentiful bus routes, you won't have trouble exploring the city cheaply.

Although familiar foods come at a premium, like eating your home favorites at international restaurants, it's still possible to enjoy delicious street food and local dishes on a budget. For example, you can fill up on a bowl of noodles for less than $3 or grab a steamed bun for around $0.25. Though if you're anything like me, you'll want to leave space in your budget for temptation, which Shanghai has in spades.

Fortunately, most expat salaries, like the typical English teacher job, mean this isn't a problem; they allow you to live comfortably, save, and splurge from time to time. This is even more likely to happen if instead you teach expat children at an international school. While they have stricter requirements, their pay is much higher.

Renting an Apartment in Shanghai

The biggest chunk of your outgoings will likely go towards rent. This is widely considered the most expensive part of living in Shanghai, so don't expect a penthouse overlooking the Bund - you'll be disappointed if that's where you sights are set!

When I first started searching, I was shocked to learn that you can view a place one day and move in the next. Sometimes even the same day.

If you're a planner like me, you'll need to fight the urge to start looking too soon. One or two weeks before your moving date is ideal - any earlier and you might be heartbroken by the fact you've found your dream spot, but the timings don't work out.

Something to be aware of when renting apartments in Shanghai is the cowboy style of communication. It can be a tricky market to navigate. Almost everyone is an agent for someone, so you may end up renting from a company three people removed from the actual landlord.

I did this for my first apartment, and although I had no problems, seasoned Shanghai expats usually advise against it. In most cases, it's best (and cheapest) to find a place you can rent directly from the landlord or, failing that, an agency with direct contact with them.

Once you've found your place, put your haggling hat on. You're almost expected to negotiate, so be prepared. Go in much lower than you're willing to pay, and you might just get the price you want.

Choosing the Best Neighborhood in Shanghai

Shanghai is huge. It's formed of 16 districts which combine to be four times the size of London. Fortunately, it's easy to get around, thanks to the metro and ride-hailing apps. But there's only so quickly you can cover such vast distances, so you'll want to choose where you live wisely.

The city is divided into two by the Huangpu River, with Puxi on the west side and Pudong on the east. This divide provides a fascinating mix of old vs. new, and western vs. eastern. Pudong is like Puxi's image-conscious younger sister. Its pristine streets lined with glamorous hotels and restaurants look like any other international city and, in my opinion, lack the charm of Puxi, aka 'old Shanghai'.

Most expats live on the Puxi side and choose to enjoy the authentic feel of living in Shanghai instead of trying to recreate their same life from their home country, like possible in Pudong. The most popular neighborhoods to live in Puxi are the the downtown districts of:

This is where most of the fun stuff happens and you'll be able to find expat events and local events to join in on, but if you work in one of the suburban districts like Minhang, Songjiang, Qingpu, or far out in Pudong, you'll have to weigh up the pros and cons of living close to work or close to the expat community.

I vote for downtown as there's always so much to do. There's no chance I'd make the trip during the week otherwise!

The Legal Bits of Living in Shanghai

While it was once possible to open a bank account and rent an apartment on a tourist visa, rules have changed recently. As a result, you'll need to secure a job and apply for a work visa before entering the country. This process is time-consuming and a bit stressful. But your company will guide you through the process.

Once you arrive, you'll have to transfer your work visa into a residence and work permit, which takes around 30 days. After that, you won't need to worry about paperwork until it's time to renew around nine months later.

Finding a job takes some extra effort if you're not in the country, especially at the moment. But if you've got at least two years of experience in your field and the role requires foreign talent, you could be in luck. My best advice is to be persistent. Keep applying, and you'll get there eventually!

What I Wish I Knew Before Moving to Shanghai

You'll want to pack a few extra things in your suitcase

While it's easy to find most things in Shanghai or on shopping apps, there are some must-pack items, including paracetamol, cold and flu meds, and any others you can't do without. Although you can find them, it's not always easy.

You might also want to take feminine items, like tampons and regular-sized sanitary pads. Again, it is possible to find them, but they might not be the brands or the price that you're used to.

It's more expensive than I expected

My dreams of penthouse living came crashing down when I learned it's not as cheap as other cities. Like I mentioned before, it's totally affordable, but I wish I'd known before I started apartment hunting!

You already know it's one of the most populated cities did you know just how sprawling it really is? It can take a couple of hours to travel from east to west by metro, made even worse if you need to travel during rush hour, and you definitely can't 'just hop off and walk' between stops. Make sure to check the location of your company and figure out where you want to live!

You have to work some weekends

This totally took me by surprise. Some national holidays run according to an 'adjustment schedule', which means the government extends certain vacations by an extra day or two but requires companies to compensate for this on designated weekends! So while you might get Monday off for holiday, there's a chance you'll make up that off day on Saturday.

There's a WeChat group for everything

Make it a priority to get invited into expat WeChat groups from the get-go. This is the best way to immerse yourself in the local communities, make friends, and find sports or social groups that appeal to your interests.

The weather is extreme

Spring and autumn are gorgeous, but summer is humid and sticky, and the winter cold goes straight through your bones. Also, many old apartment buildings don't have central heating, so you'll need to switch your AC on hot and wrap up in blankets to keep warm.

My Final Note on Shanghai Life

Moving to Shanghai was one of the best decisions I ever made. It's shaped my career, introduced me to some of my closest friends, and given me enough stories and memories to last a lifetime. If you're up for a lifestyle unlike anywhere else, expat life in Shanghai might just fit as well for you as it did for me.

If you get the chance to follow in my footsteps and try living in Shanghai, do it! 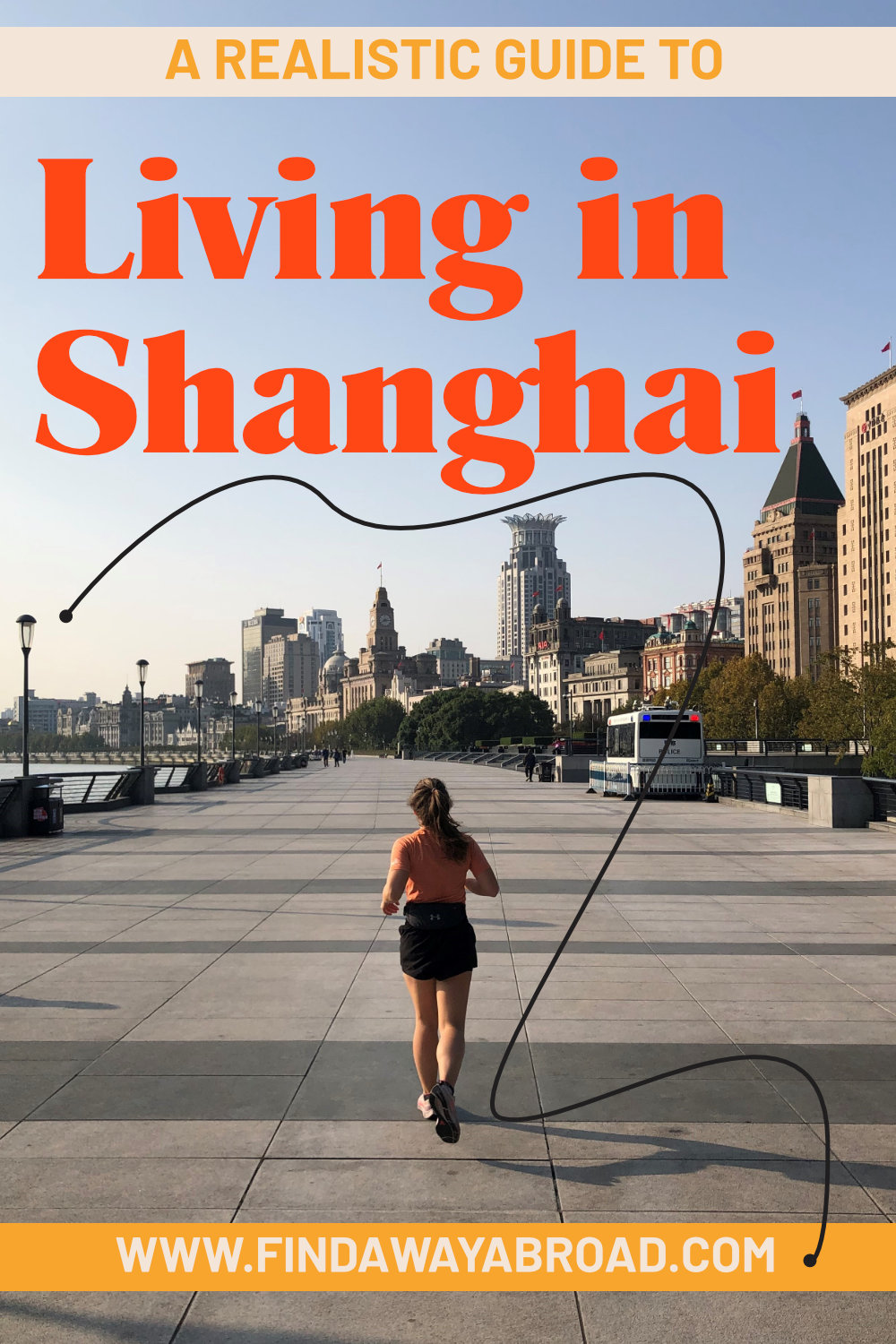 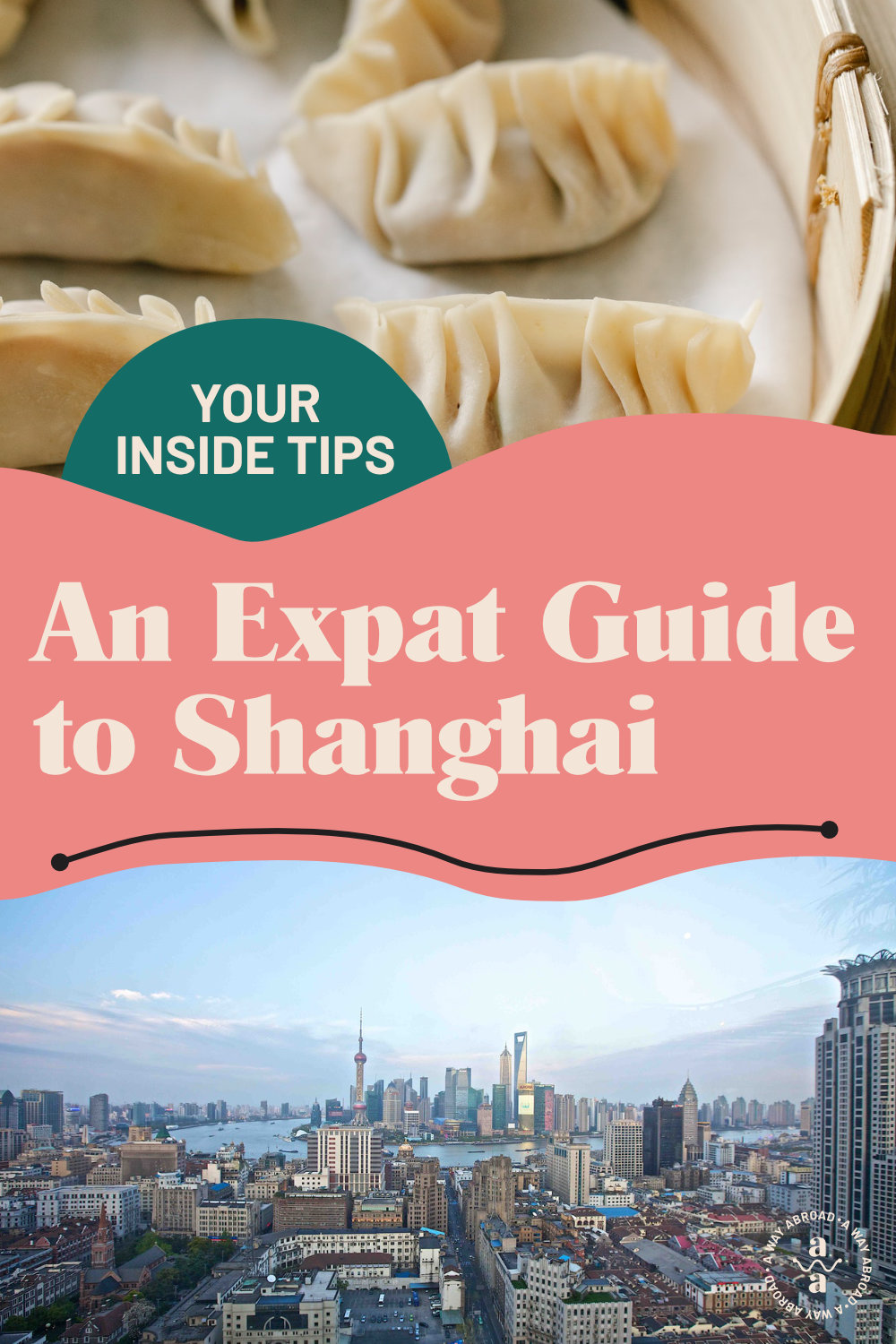