Mauritius is a diverse island country in the Indian Ocean. It is about 500 miles east of Madagascar and a popular beach destination for travelers. If you haven't yet, do a quick Google search of "Mauritius" and with that alone, you'll be eager to book your flight. Careful though, you might fall so in love that you'll apply for their digital nomad visa to stay on the island long-term.

Now that you're mentally ready, it's important you decide when to visit. If you're flexible with your schedule, this travel guide will highlight the weather and what to do each season so you can make an educated decision. Regardless, you'll love your visit to this incredible destination!

The best time to visit Mauritius depends on if you want the best weather for exploring the island or if you want to avoid the worst crowds and save some money in the low season.

The temperature in Mauritius stays pretty consistent year-round, with highs ranging from the 70s to mid-80s Fahrenheit depending on where on the island you are. And, rain is not bad in Mauritius unless you stay in the Chamarel Mountains or visit in January and February, which is cyclone season.

There are only two seasons in Mauritius: summer, which runs from October to April, and winter, which is from May to September. If you're from the northern hemisphere, read that again! The seasons are opposite to what you're used to. The winter is the low season, and summertime is much busier, with December to February being the busiest time to visit Mauritius.

Summer is the most popular time to visit Mauritius since the weather is the best and most of Mauritius' holidays are during the summer, so people are off work and school and can travel. However, since it is a busier time to visit, prices are also higher, and you might struggle to find somewhere to stay if you do not book far in advance.

Summertime in Mauritius is from October to April. While these months are all considered summer, the weather does change, with the rainy season coming in during the middle of summer.

Weather in the Summer Months

The weather in Mauritius is best in the winter months, with the highest temperatures in the mid-80s between December and March. October is the driest time to visit Mauritius; then, in November and December, it gets more hot and humid as the rainy season approaches.

Mauritius sees the most rain in January and February, especially on the coasts coming off the Indian Ocean.

March and April see little rain, and it is the hottest and most humid time of year in Mauritius. But, crowds are low so it is one of the best times to visit if you want to spend a lot of time on the beautiful beaches.

Since kids are off school and adults have time off work for the holidays, many people come to Mauritius to enjoy the tropical climate, especially from mid-December to early January.

Between mid-January and February, many people are still visiting the island, but there are significantly fewer people than during the height of the holiday season. This is partially due to people having less time off work and school, but also because it's the peak rainy season.

The lower number of visitors is also true from mid-November to early December when the holiday season is not in full swing yet.

January and February are still quite busy even though this is when Mauritius sees the most rain and cyclones are possible.

If you're new to this region, a cyclone is the same as a hurricane or a typhoon. The name only changes based on the location of the storm. In the South Pacific and the Indian Ocean, where Mauritius is located, these storms are called cyclones.

Cyclones are rare on the island, but they are possible during these times, so you may need to change your plans if the weather gets bad. The hotels will work hard to keep you safe from a cyclone, and tour guides know what to do if the weather suddenly gets bad, so don't worry too much.

Regardless, it is a good idea to be flexible with your travel schedule if you experience flight delays because of a hurricane. You never know when flights might be grounded, and you end up stuck in Mauritius longer than expected.

October to early November and March to April are considered shoulder seasons in Mauritius. It is the best time to visit Mauritius if you want good weather, without too much rain, and you want to avoid the peak holiday crowds.

During shoulder season, the beaches still see good weather, but there are fewer crowds compared to the peak summer season. The prices are also lower in the shoulder season to match the lower demand. So, shoulder season is your best option if you travel with a larger group or want a quieter time on the island to enjoy the beaches and even take a tour.

Just be aware of Easter week, which is a high time for people to travel to Mauritius, especially from Europe when people have time off from school and work.

Many people come to Mauritius in the summer to celebrate the festivals that take place here, many of which are religious. Diwali festivals are big across the island in October and November since many Indian and Hindu people live and travel here.

In late February or early March, Mauritius celebrates the Holi Festival, a colorful Hindu festival meant to welcome spring. Other holidays that have big festivals or events to celebrate them include Christmas, Easter, Chinese New Year, and the Tamil New Year.

Things to do in Mauritius in the Summer

Summertime is also a good time to be in Mauritius if you want to enjoy the beach's warm weather or spend time in the ocean. The water is warm, so it's a good time to swim, and water sports are also popular.

The summer is also the best time to snorkel and dive in Mauritius, thanks to the clear water.

Winter in Mauritius is from May to September, and it is the least busy time of year for tourists in Mauritius. The temperatures during the day are around 70 degrees Fahrenheit (22 degrees Celsius), and they drop quite a bit at night.

The weather is still warm compared to winter in many other places in the southern hemisphere, like South Africa, or is a great place to cool down a bit if you're in the full swing of summer in the northern hemisphere. It's a great time to travel to Mauritius if you want to avoid the crowds.

Weather in the Winter Months

Even though it is winter, the weather is still nice, with highs in the 70s throughout most of the island, although it does get colder at night.

May can still reach temperatures in the 80s during the day, so it is a good time to visit the beaches. And June has some warm, sunny days, but the temperature drops at night. Wintertime is also much less humid but still sunny for most of the season. And, between July and August, there are some windy days.

The end of winter is in September, and it is the time of year when the least people visit Mauritius, so you will have a lot of options for places to stay and things to do, including tours, water equipment rentals, and surf lessons.

Winter is the low season in Mauritius and tourism is much lower than in the summer. If you can tolerate cooler temperatures, you will see lower prices and fewer people traveling to the island.

You will not have to worry about booking too far in advance for winter travel to Mauritius.

Since prices are lower, it is a great time to travel to Mauritius for a longer-term stay. If you work online and need to find somewhere with a dedicated workspace and fast wifi, you will have better options and availability in the winter.

Winter is not as popular for festivals as the summer, but there are still a few big ones for locals and visitors to the island.

Things to do in Mauritius in the Winter

Winter is a great chance to do things on and off the water. While it might be too hot or rainy to enjoy the jungle in other months, winter is the perfect time for a trek to see waterfalls and lush vegetation inland.

Its also the best time to surf in Mauritius, especially in July and August, when it is the windiest. The biggest waves come in on the east coast of Mauritius, but surfers go all over the island to surf. The beaches are still not as busy during the summer months, but you will find a lot of people there who are surfers. Even if you have not surfed before, it's a great time to learn how, especially since lessons are cheaper and easier to come by. Other popular activities during the windy winter months include flying kites and windsurfing.

Winter is also a good month to go stargazing. The skies are clear and the island is away from any larger ad brighter places, so you will be able to see a lot of stars. There is even a good chance you can spot a shooting star, especially in August.

With this you're ready to make your decision about when is the best time to visit Mauritius? Personally, I love traveling on shoulder seasons when you can snag better deals, face smaller crowds, and still get some of the great weather promised during high season. Your decision might differ from mine though based on what you're looking for during your unforgettable Mauritius vacation. 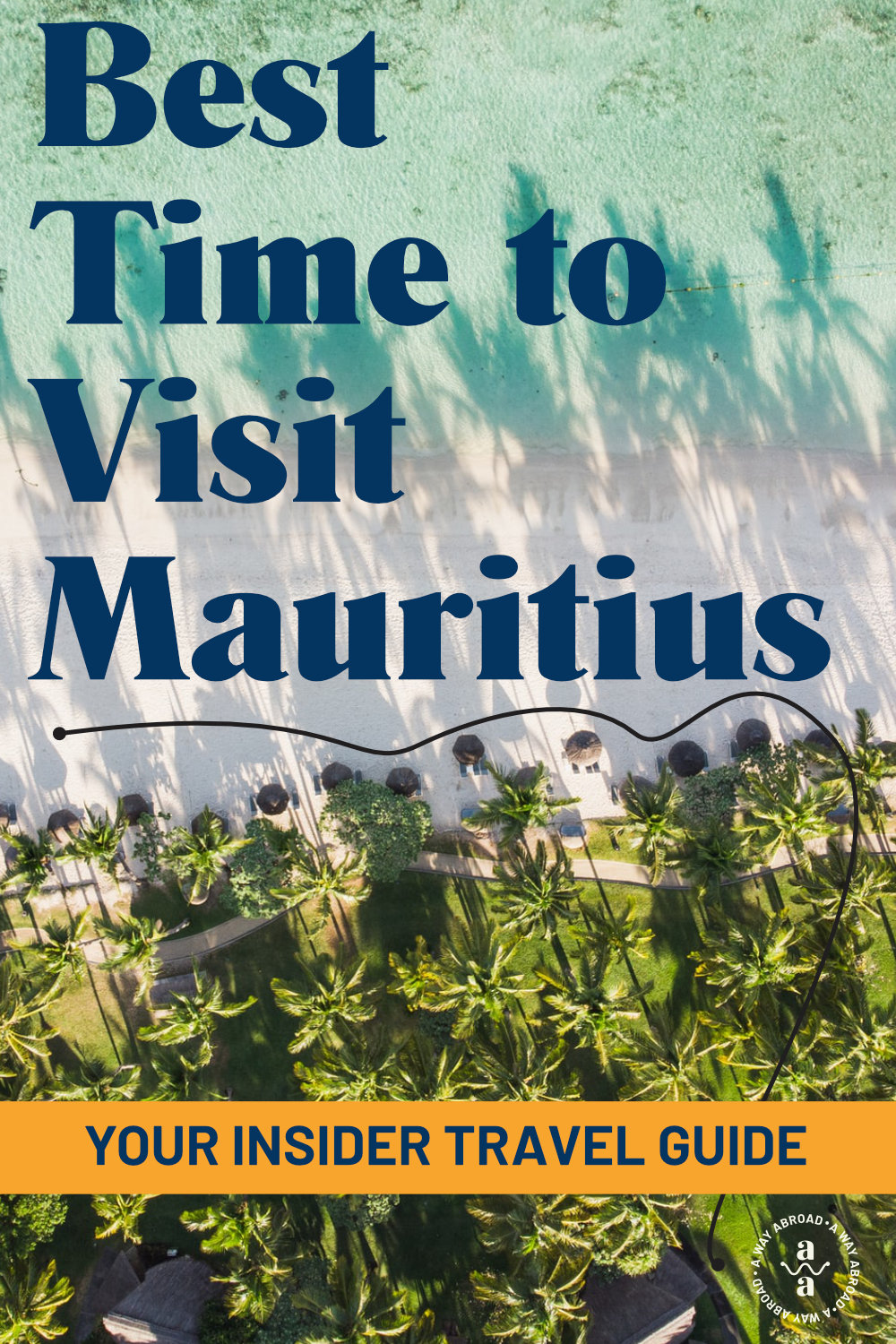 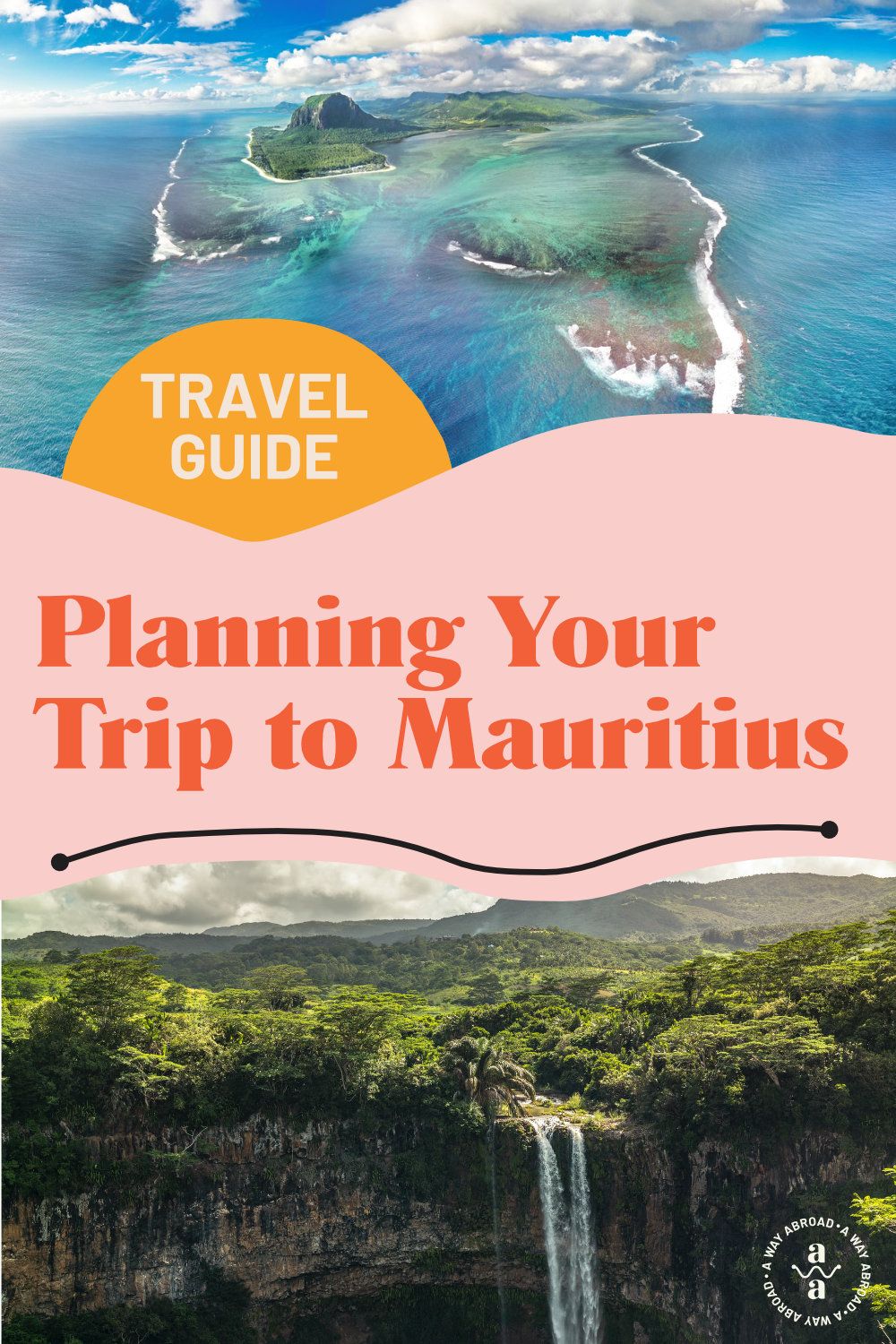