It can be scary to move abroad or even just travel as a female. Movies (thanks a lot, Taken) can paint it as an accident waiting to happen.

Here’s some important safety tips I've learned along the way so you can avoid those assholes and enjoy your new life hassle free.

Queue my mom circa 1995 telling me, “Don’t talk to strangers!” Let’s be real though, talking to strangers is one of my favorite parts of travel.

I love meeting new people and sharing stories. And honestly, if I followed mom’s advice, I wouldn’t have met my husband. So, let’s go ahead and say yes, talk to strangers. Instead though, let’s change it to “Don’t trust strangers!”

Remember the dumb travelers in the movie, Hostel? Thankfully there’s social media these days to at least check out if they’re pretending to be someone they’re completely not. On the other hand, I know strangers can be awesome and they really can have a yacht and they really can become your best friend or the love of your life. When trying to figure out which category you should put them in, just know,

2. Be Proactive With Your Belongings

I’ve literally seen someone’s phone being snagged from an open car window in traffic. This shit happens all over the world. Maybe you’re from a country that this is a normal day or maybe you’re from South Korea, the safest country I’ve ever been to. Either way, wherever you are now, you’re an outsider.

You probably look different than the locals and butcher their language when you try and speak it. This unfortunately paints a target on your back.

A lot of people assume if you have enough money to travel, you have a nice phone, camera and/or a lot of cash in your wallet.

Could be true, could not but that probably won’t stop some people from trying if they see you flaunting your things in public or leaving them out in the open. I’d recommend using a smartwatch, instead of your phone, to give you directions on the go. I love my Fossil Gen 4 smartwatch. Only take out your camera for photo opps and put it in a bag otherwise.

Seriously, nothing of material value is worth it. If you’re confronted, give up your stuff and move on. I’ve seen an already bad situation take a turn for the worse when a girl wouldn’t give her camera to a swarm of 5 guys. She was ok but in the end they got her camera and she got a trip to the hospital. I’m by no means trying to scare you, I just want you to realize these things really can happen.

Pro Tip: Hide some bills in your bra or even better- get a scrunchie and cut a slit in it. Roll up some bills to slide in there and wear the scrunchie on your wrist. My host sister in Ecuador worked in a rough neighborhood but did this to ensure she'd always have some cash on her to get home, no matter what. I wouldn't suggest hiding all your cash away though. Keep some in your wallet so if you do get robbed, you have something to give.

If someone, especially a group of people, confronts you, give them what they want and move on. Most likely they don’t want to hurt you, they’re just trying to make a quick buck. Curse their names and send them all the bad karma but keep yourself safe. Use Google Photos or another cloud service as often as possible to back-up pictures and only carry your passport when it’s completely necessary.

I’ve been robbed three times. Twice I had no idea it even happened until afterwards. The other time a twitchy, old, drunk man held a rusty knife to a friend and me. All three times I was lucky enough to not be put in serious harm or lose anything irreplaceable but it still sucks.

Just remember to stay calm, avoid any altercations, and just give them what they want.

Did these situations change how I felt about the country I was in?
Did it make me cast a negative light over the entire community?
‍Hell no!

I had had too many wonderful memories from each place to let 3 desperate souls ruin it. It sucks but deal with it. File a report if you have insurance and think about how you could possibly avoid a similar situation in the future. Regardless, move on and focus on the positive experiences you’ve had.

Traveling and moving abroad solo have been some of the most amazing experiences I've had. Check out 10 things traveling solo taught me to get an idea of what I mean.

5. Keep an Eye on Your Drink

It’s the same rule for a bar back home but this time you’re going at it solo. You don’t have your bestie next to you watching your back. This doesn't mean you shouldn’t go out and enjoy yourself, I’m just suggesting you practice some caution.

I’ve actually watched someone slip something into my drink in Budapest. I had placed it on top of a speaker while dancing at a club. Luckily, I saw the guy so I was able to avoid the consequences.

Also, keep an eye on the bartender as he or she makes your drink and keep your hand over it while you drink it. It’s easy to casually hold your drink like that without looking like a prude or someone who doesn’t trust the person next to them.

6. Always Tell Someone Your Plans

Let someone know what you’re up to that day! Whether it’s your mom back home, a new coworker or your significant other, just keep someone in the loop.

Still searching for that perfect job abroad? Browse our huge library for job inspiration and resources.

When you first move abroad, your schedule is a bit hectic and no one will probably be able to guess where you’re going. This especially applies if you’re testing out your driving skills for the first time or going away for the weekend. It’s nice to know someone knows what you’re up to.

Did you see 127 Hours? His time trapped would have been cut down drastically if he would have just told someone where he was going. And lucky for us, social media makes this absurdly easy.

Update your Insta story and go on with your day.

7. Carry Some Sort of ID Out With You

I'll be honest with you, so many times I’ve gone out in a foreign place without my ID or telling anyone where I was.

I first moved abroad pre-Instagram days so it wasn’t so easy as it is now but really, that’s just an excuse.

‍Countless times I’ve had that gut feeling telling me I was dumb or going through all the “What If’s.” Luckily, I grew up a bit and got smarter. I made a copy of my passport to keep in my pocket. That, combined with #6, helped to wash away any doubts and let me go on with my day in peace.

This isn’t always in the case of safety but in some places cops will do random checks for identification and it’s best not to be caught without it. I met two Canadians put into Panamanian jail for being caught without IDs. It wasn’t anything serious but they were detained until someone could bring them their passports. Don’t get locked up abroad like Kurt and Everett.

Now you little badass babes, don’t let these things hold you back or put fear into your heads. Just be smart. Have fun, experience wild things and make friends from all over the world. But, listen to your gut and don’t flaunt your belongings.

and as my dad always tells me, “Keep your head on a swivel.” 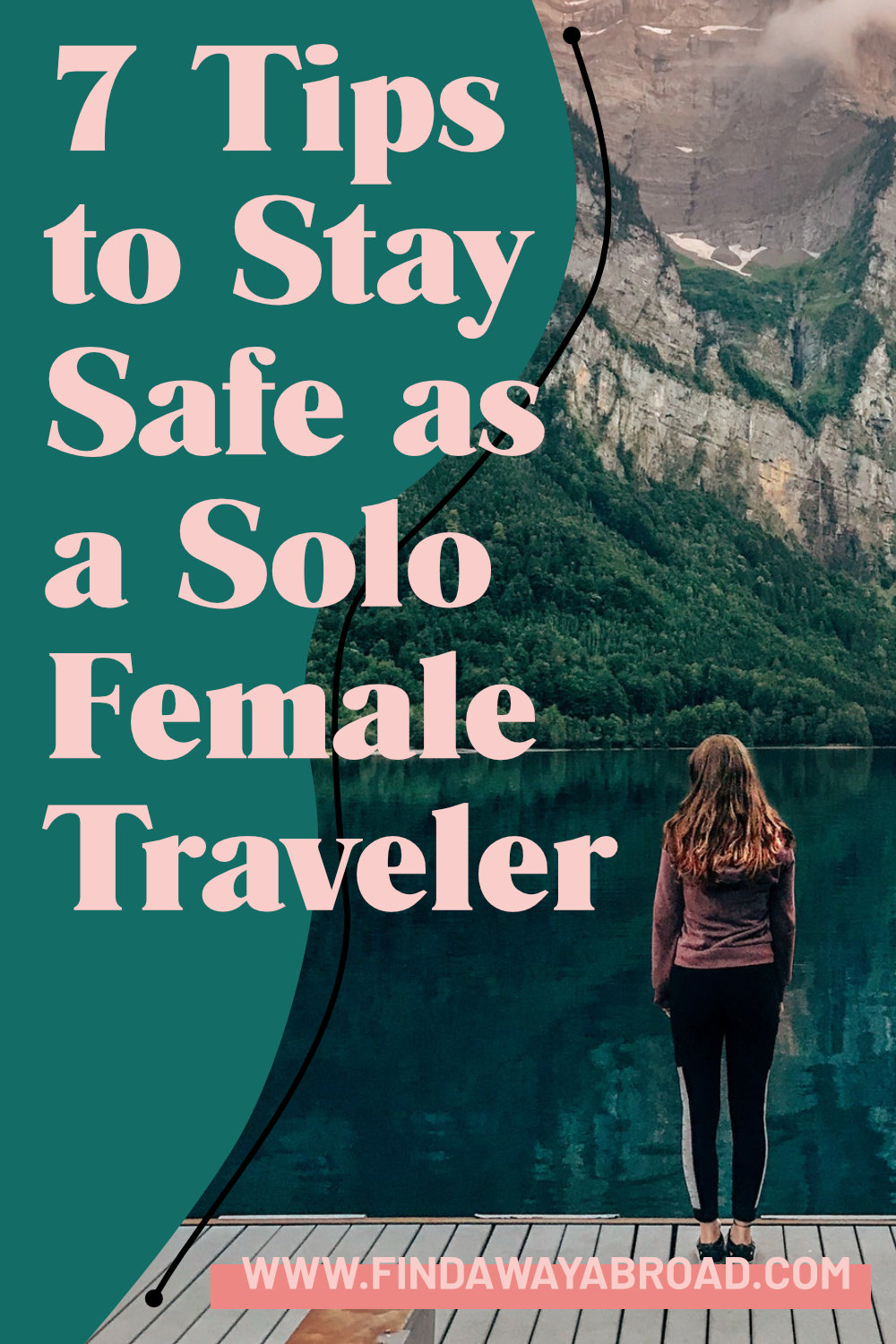 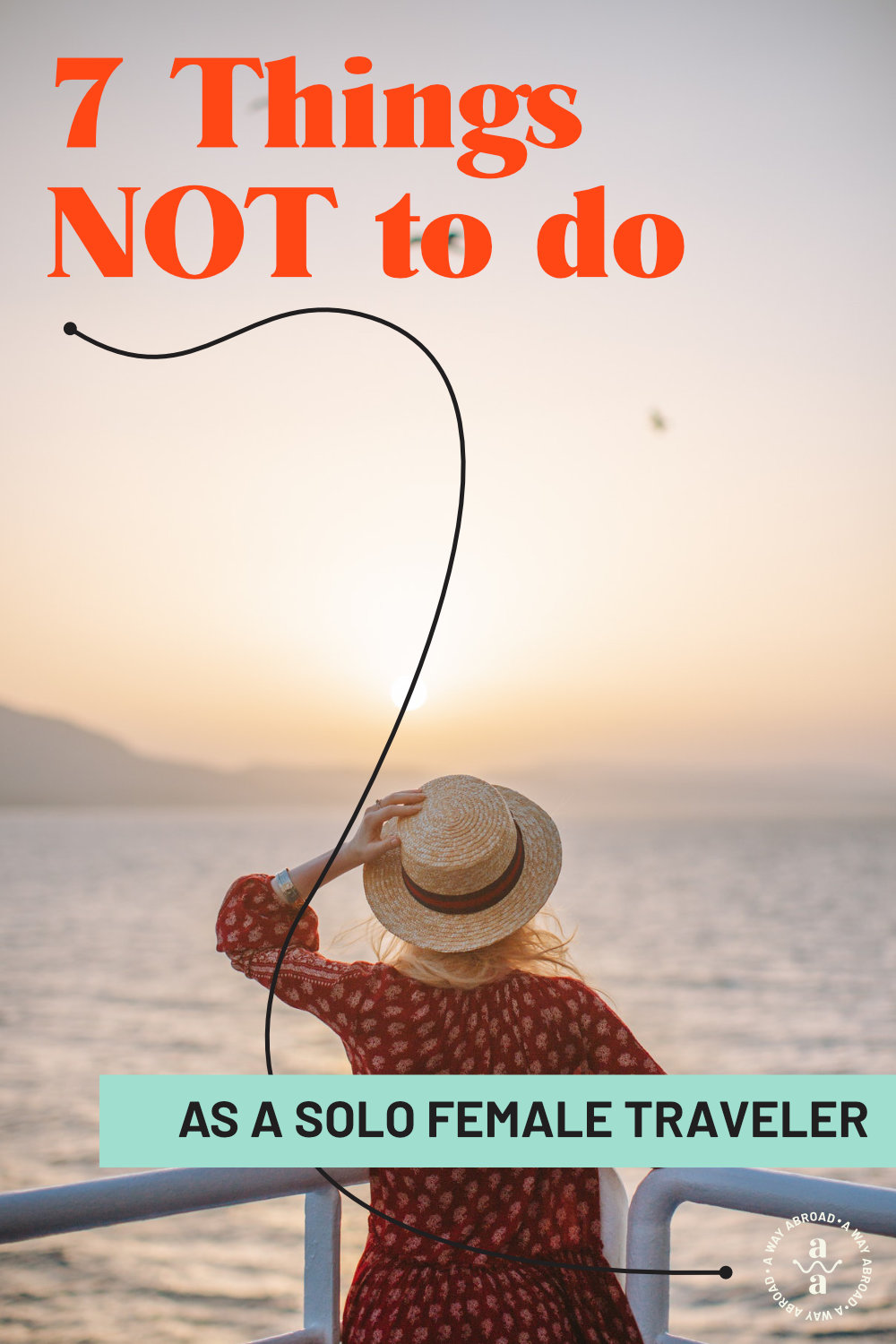